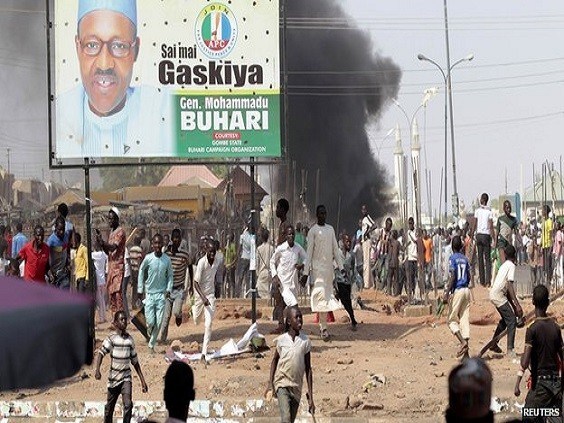 INEC has said it is ready for Nigeria’s general elections scheduled for February and March. However, this assurance came amidst predictions from different quarters that while there may not be nationwide turmoil, there are fears for some places.

All eyes are now on Nigeria, as millions across the country get set for the polls to elect one out of 72 presidential candidates, and other offices. In December 2018, the United States government expressed fear that the general elections would likely be characterised by violence. US Assistant Secretary of State for the Bureau of African Affairs, Tibor Nagy, disclosed this in his presentation during the US Congress hearing on Nigeria’s forthcoming elections in Washington DC, on Thursday, Dec. 13, 2018. The US, however, said the public disturbance that the elections would cause might not be “large-scale nationwide conflict” but “localised violence.”

Also, the International Crisis Group, an independent organisation working to prevent wars and shape policies that will build a more peaceful world, recently predicted that unless relevant authorities deploy mitigating measures, there might be election violence in six states of Nigeria during the forthcoming elections. The states include Rivers, Akwa Ibom, Kaduna, Kano, Plateau and Adamawa. “An intense struggle between the APC and PDP for control over states with large electorate, vast public revenues or symbolic electoral value; local rivalry between former and incumbent governors; tension resulting from ethno-religious or herder-farmer conflict, and the presence of criminal groups that politicians can recruit to attack rivals and their constituents,” it said.

While there are fears of crises in Plateau and Kaduna during the elections, especially governorship and legislature, findings reveal that the situation in Adamawa and Kano states might be fierce contests between powerful politicians among party lines. However, beyond the six states identified by the International Crisis Group, Daily Trust on Saturday took a look at other states where political crises are lurking.

ALSO READ:  BIAFRA: IPOB Election boycott mantra, the reason behind it all.

Rivers State is undoubtedly one of the flashpoint states for political violence, which dates back to 1999 when politicians from the state recruited and armed youths with dangerous weapons to undo their perceived political enemies. After the election, the weapons in the hands of the jobless youths were not retrieved just as they use them to terrorise and in most cases engaged in crime. From 1999 to date, political violence has been in the front-burner in the state.

In 2015, hundreds of persons were killed in Ogba/Egbema/Ndoni LGA, beheaded, while many families, including children, were killed. The APC claimed that majority of persons killed in the area were their members.

Weeks ago, the APC ward Chairman in Onne, in Eleme LGA, was shot dead in his bedroom by unidentified gunmen. Also, the Chairman of Ikwerre LGA, Samuel Nwanosike, came under heavy gunfire during a PDP sensitization rally, by unknown gunmen. He barely escaped. APC governorship candidate, Arch. Tonye Cole, also escaped death at Bakana when unidentified gunmen opened fire on his convoy.

The inability of major stakeholders in the 2019 governorship election in Imo State, especially the frontliners, to make a firm commitment to peaceful conduct as it is done in other states raises fears that election may not be peaceful after all. The front liners in the election are Hope Uzodinma’s APC, Emeka Ihedioha’s PDP, Uche Nwosu of Action Alliance (AA), Ifeanyi Araraume’s APGA and their counterpart in Accord Party (AP), Ikedi Ohakim.

For Okorocha, the desire to install a successor, who is also his son-in-law, Nwosu, who is now the candidate of Action Alliance will make the contest a fierce one. Nwosu, Ihedioha and Araraume are already laying claim to the seat even before votes are cast.

In Kwara State, violence during electioneering periods is a recurring decimal, owing to interest by conflicting forces occasioned by deployment of thugs. The state witnessed similar violence in 2003 when Senate President Bukola Saraki contested for governorship seat against the Late Muhammed Lawal where many lives were lost and property destroyed.

The violence being witnessed in recent times in the state started during the primary elections of the two leading political parties in the state, the PDP and APC. Also, the violence later turned to inter-party wrangling where supporters of the PDP and APC have continued to attack each other wherever the opportunity presents itself.

Then in Lagos, when the ruling APC in Lagos flagged off its campaign penultimate week, little did anyone know that the rally, at Ikeja GRA, would end up in violence, marred by gunshots, as thugs took over the arena in the presence of Governor Akinwunmi Ambode and all the party’s candidates. Though it was revealed that the violence was caused by some members of the feuding members of the National Union of Road Transport Workers (NURTW) who used the occasion to “settle scores”, the melee sent shivers down the spines of the residents of Lagos who feared the violence was symptomatic of what to be expected in Lagos as the electioneering kicked off.

Though the PDP governorship candidate, Mr. Jimi Agbaje, is contesting for the third time against the same establishment controlled by the National Leader of APC, Asiwaju Bola Tinubu, he has vowed to dislodge the ruling party. APC supporters see Agbaje’s statement as a tall dream, and this has created tension in the state.

ALSO READ:  UNBELIEVABLE: See What IPOB Members Did To Buhari in Aba

It was however learnt that the state police command in collaboration with other security agencies has, following the incident at APC rally, given a marching order that more security personnel should be provided at all campaign rallies.

Oba of Lagos, and Chairman of Lagos Council of Traditional Rulers, Riliwanu Akiolu at the interactive session with traditional rulers on Thursday called for adequate security personnel that would match the number of polling units and voting points in the state.

In Bauchi, despite the signing of a peace accord for the conduct of peaceful elections, isolated clashes and destruction of campaign posters and billboards by members of various political parties in the state. Even before the start of campaigns, since 2017 there had been clashes between members of the APC loyal to Governor Mohammed Abubakar on one hand, and supporters of Dogara, and Late Senator Ali Wakili, on the other.

Although no life was lost, many vehicles were vandalised, and some persons were also injured, when the rival supporters met on the road during a visit to some villages in Alkaleri LGA. The intense rivalry, however, is more pronounced between members of the ruling APC who support governor Abubakar and the party’s leadership, and the supporters of some people opposed to the governor, like Captain Bala Jibrin and Dr Ibrahim Yakubu Lame. Their supporters have been destroying each other’s posters and billboards.

PDP governorship candidate, Senator Bala Mohammed, has also been in the eye of the storm as his supporters are said to always maintain a militant posture which many believe are easily lent to violence. The candidate, however, denied the allegations, claiming that his supporters are only reacting to aggression of the APC.

Extra measures, according to pundits, are needed in these states, in order for a free, fair, and violence-free election next month, and beyond.

BREAKING: Residents In Panic As Gunmen Attacks Another Catholic Priest In...

BREAKING:Nigerians Yet To Register For National ID Number Risk 14 Years...

Muslims Who Have Decided To Live Under Islamic Sharia, Must Leave... 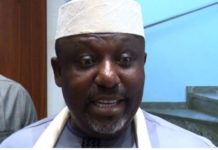 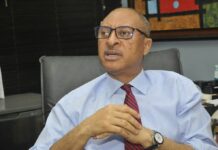 Why Biden Will Not Support Buhari’s Government –Utomi 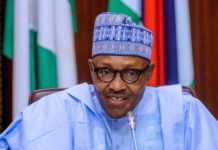 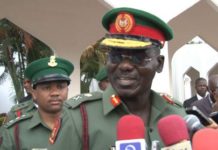