BREAKING: IPOB Cries Out Over The Continued Illegal Arrest… 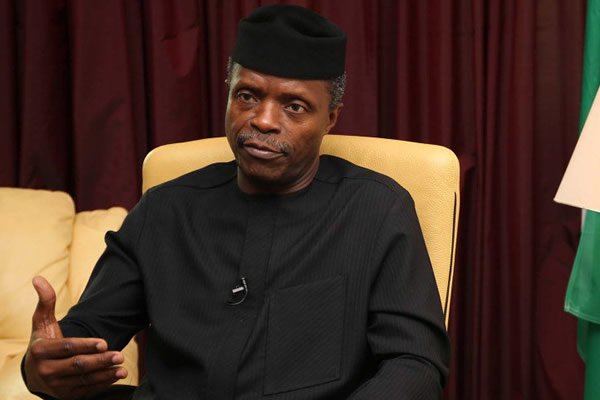 Yemi Osinbajo, vice president of Nigeria has finally reacted to Jibril from Sudan saga which is currently trading.


Osinbajo wondered how a certain Jibril from Sudan would be presiding over the Federal Executive Council (FEC) meeting.  He said that the fear of Buhari was making some detractors lose their senses.  According to the vice president, the present government is earning 60 per cent less than the previous government, yet it has spent N2.7 trillion on infrastructure, the highest in the history of the country.

He said that the Buhari-led administration had done much because it was not stealing money; was doing major roads in 36 states–Lagos Kano railway, Warri, Aladja, Mambilla, Port Hacourt, Maiduguri among others.


“We are giving about 300,000 of the poorest Nigerians N5000 a month. How? Because Buhari is the gate keeper he has stopped grand corruption.“So despite the fact that we are earning 60 per cent less we are doing five times more. This is why there is a gang up by the discredited elite against him.

JUST IN: Buhari is not the candidate for 2019 presidential election – Doyin Okupe