#EndSARS: Goodluck Jonathan Condemns The “Use Of Deadly… 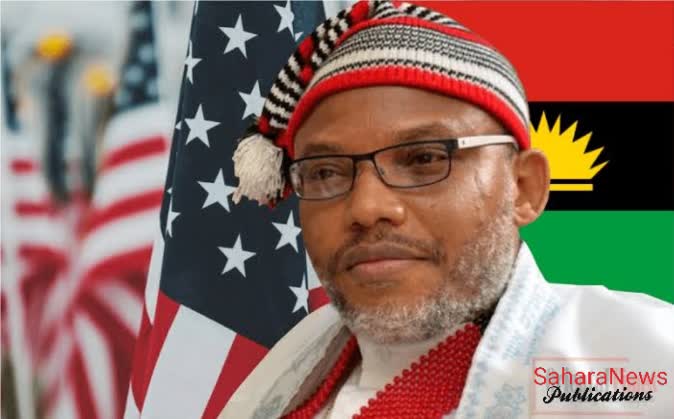 SAHARANEWS – The leader of Indigenous People of Biafra (IPOB) reportedly said to visit United Nations and Washington DC after historic meeting at the Brussels.

IPOB extended heart warm thanks to the European parliament, especially those members that invited its leader, Mazi Nnamdi Kanu to briefing session in Brussels, Tuesday.

Emma Powerful, the group’s Media and Publicity Secretary disclosed this in a statement, yesterday, said the “historic meeting” was held at the European Parliament in Brussels, Belgium September 10, 2019.

Emma noted that the invitation to the parliament signified that theIPOB was not only respected but regarded as a force for good in Africa.

He noted that the events in Brussels had confirmed that Biafra restoration project was  divinely ordained, “hence all efforts by the Nigerian Government to intimidate and bully the organisers failed spectacularly.”

He assured that the seed of Biafra self-determination had been planted in the heart of the EU.

“The more the Nigerian state  fight IPOB, the stronger and more resolute we become. All their efforts failed woefully because (Chukwu Okike Abiama) God Almighty the creator of heaven and earth is on the side of the Biafran people. “

Powerful said Mazi Kanu assured every Biafran after the meeting that his next diplomatic mission would be to the United Nations, saying that the diplomatic moves was designed to take Biafra freedom to another level, way beyond the imagination of the Nigerian government, before the end of this year.

He said Kanu promised Biafrans that he would be in Washington DC and United Nations to which the crowd erupted in spontaneous applause.

Meanwhile the Buhari led federal government has vowed to stop IPOB from causing further international Embarrassment to the county.