(PHOTOS) Man Stabs His 4 Children To Death, Claims Their… 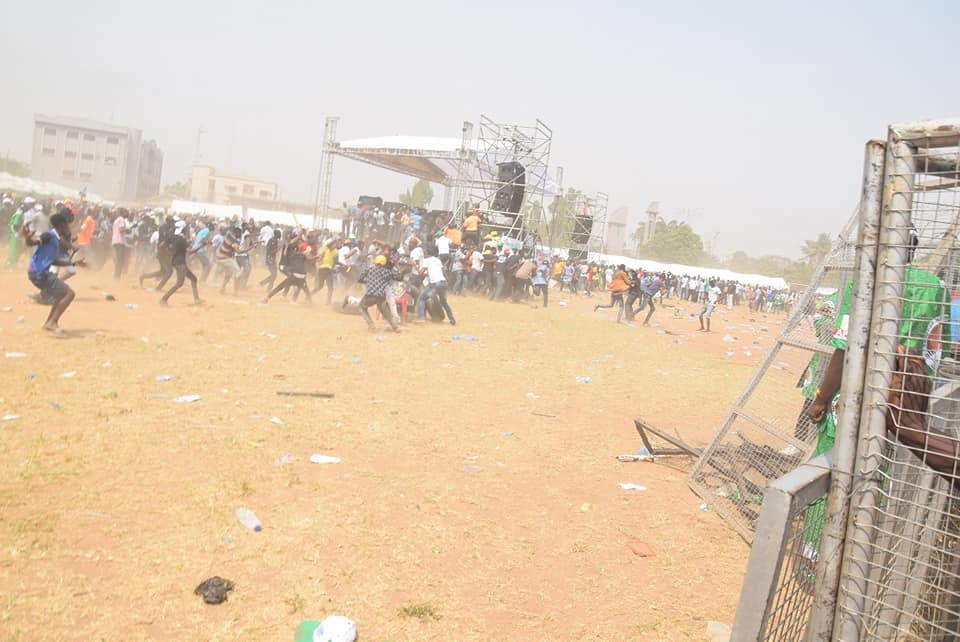 No fewer than 2 persons lost their lives Wednesday while the All Progressive Congress (APC) presidential campaign lasted in Sokoto state.

The deceased were said to be a 15-year old boy who was to have suffocated, slumped and died because of the mammoth crowd at the campaign venue and an aged woman who was knocked down by a vehicle within the vicinity of the event.

Confirming the development. The Public Relations Officers of Sokoto State National Emergency Management Agency (NEMA) Operation Office, Abu-Bilal Baba-Ali said the two were certified dead after they were rushed to the nearest hospital.

It was also gathered that, so many others sustained various degrees of injuries while riding recklessly in jubilation over the unprecedented crowd.

THE CANDIDATES: Q&A with AAC’s Omoyele Sowore and Rabiu Rufai, Live on NTA.

CONFESSIONS: I Was First to Prove that Onnoghen has Money he Can’t Explain – Sowore