JUST IN: APC Pulled down official website after being cought…

Kidnapping And Unprovoked Killings By Fulani Herdsmen And…

JUST IN: Atiku vs Buhari, DSS Reacts On The Arrest Of INEC ICT Staff 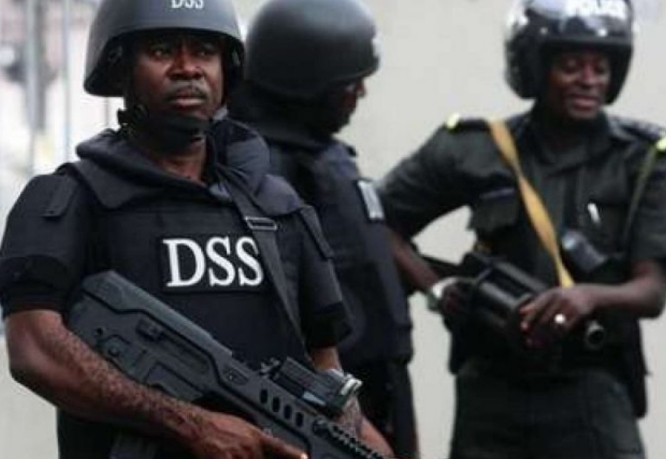 SAHARANEWS – The Department of State Services (DSS) has debunked the report circulating online (not on SaharaNews) that it arrested and detained seven members of staff of the Independent National Electoral Commission (INEC).

This was made known in a statement made available to Igbere by Mr Peter Afunanya, Public Relations Officer of the service.

A social media report had alleged that the DSS arrested some ICT staff of INEC for disclosing the commission’s server identity number to the PDP and its presidential candidate in the just-concluded election, Alhaji Atiku Abubakar.

He said that the report went further to state that the staff were detained and tortured for three days by the service to find out who among them gave out the information.

The DSS spokesman said that the report also said that they were hurriedly released by the service when their wives threatened to jointly go on public protest.

“The service wishes to state that the information in its entirety is false and should be seen as a calculated effort to smear its image.

“It states categorically that none of such things happened as it never invited or arrested any INEC staff.

“There is no iota of truth in these allegations and the public is, therefore, enjoined to disregard them. They are simply manipulative, misleading, inciting and can only be considered as mischievous and unpatriotic,” he said.

Afunanya recalled that the DSS was recently honoured by an International Election observer group for its neutrality and professionalism during the general elections.

He assured the public that the service would continue to conduct itself in the manner that had earned it honour.

Afunanya warned mischief makers who were desirous of using fake news to cause break down of law and order to desist from such.

“The service will not condone deliberate acts of subversion and sabotage aimed at harming the peace of the nation,” he said.

The spokesman also warned that those bent on causing disaffection would be brought to justice.

JUST IN: “Keep Your Job, I Can Never Work With Buhari” – Atiku’s Spokesman Galadima