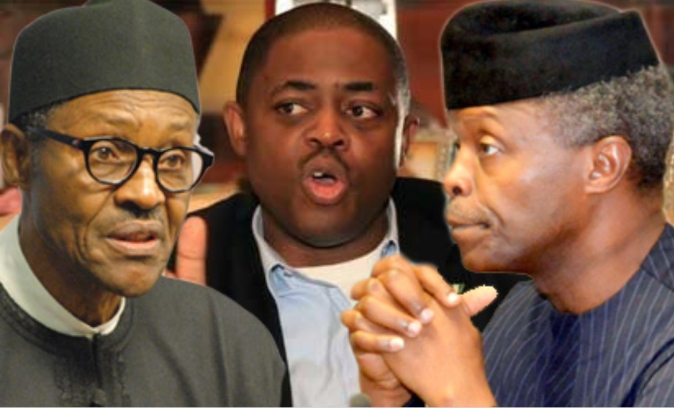 SAHARANEWS – The Vice President Yemi Osinbajo  can go back to his pastoral work at RCCG when all else fails, that’s according to former aviation minister, Femi Fani-Kayode.

FFk, as his fondly called has been reacting to insinuations that the VP’s powers have been whittled down – fueled by recent dissolution of the former Economic Management Team, chaired by Osinbajo.

Chief Fani-Kayode also warned the VP that the worst was yet to come. That’s after revealing how Osinbajo betrayed former DG of the National Intelligence Agency, NIA, Ayo Oke.

Read series of tweets below;