Three LGAs in Katsina are under terrorist attack, says…

Another United States citizen gunned down in Ukraine by… 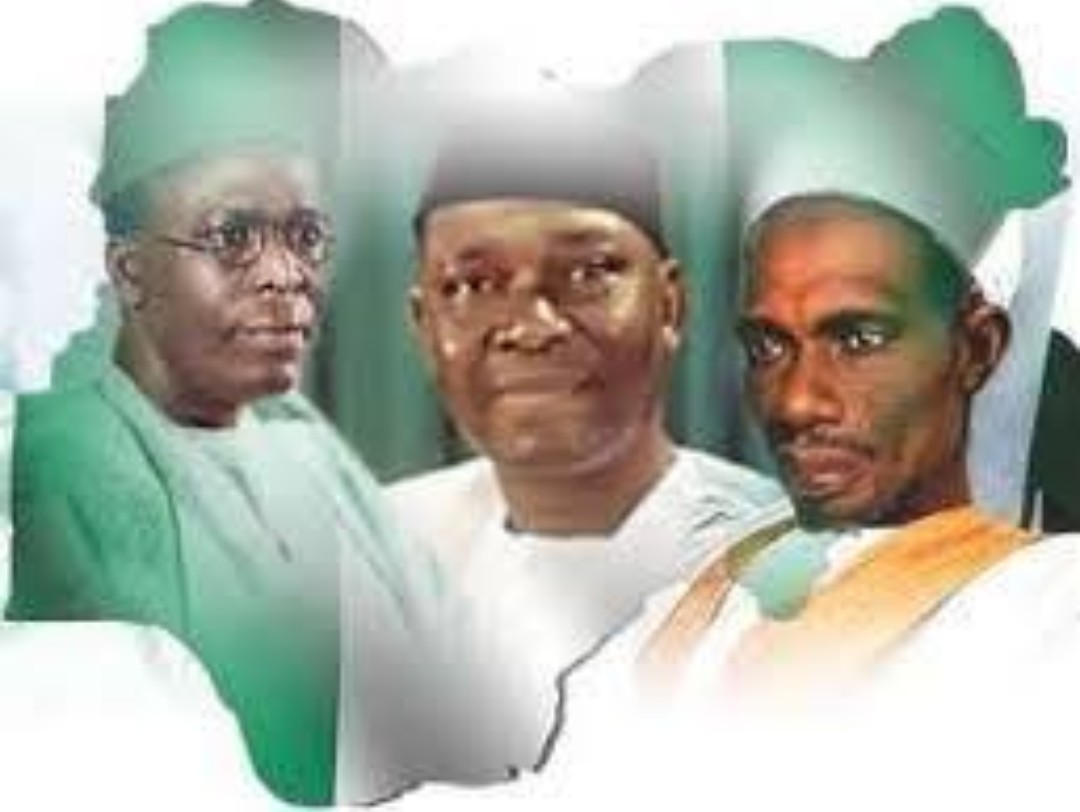 Chairman of Dialogue Group in Kaduna, Alhaji Mohammed Mahadi Shehu, has lamented the deep ethno-religious divisions in the country, stating that breaking up the nation may not be such a bad idea.

The prolific writer and public speaker stated that the amalgamation of the Northern and Southern protectorates by the British in 1914 was a huge mistake.

He stated that most Nigerians have not been able to rise about ethnic and religious sentiments, making a united nation difficult to achieve.

Shehu disclosed these in an interview published by Daily Sun on Monday.
He said, “When the amalgamation of Nigeria took place, virtually everybody’s head in this country was not up.

In other words, nobody realised the consequences of merging this country.

“With the passage of time, with the knowledge, with clear daily happenings it was realized long ago that the amalgamation was done in haste, out of mischief without taking into consideration the peculiarities in Nigeria.

“But before it was realised, it had been done and it had become a country. Events from 1960 to date have clearly shown that the amalgamation was the biggest mistake of that century and there is nothing wrong in righting the wrong once you realise the wrong is wrong. Amalgamation is wrong.

“Our togetherness had been fused together not through consultation but through unilateral action of the colonial masters and politicians at that time to serve their immediate needs. That was what happened.

“You will agree with me that from 1966 till date, precisely, it has not been rosy and easy for Nigeria. It has been one form of calamity, tragedy or the other. In fact, now we are at the height of suspicion. We do not trust and believe in each other.

We are at each others’ throat and at daggers drawn. Must we allow another war to come before we part?

“Let us peacefully go on the table, break the Kola, distribute the country for everybody’s peace. If we do not do it now, the future generation will abuse us.

“It is better for Nigeria to break into smaller, smaller countries as much as possible if that will allow us to save properties, lives, relationships and posterity because I do not see any Angel coming now, in human form, to unite Nigeria.”

Shehu added, “People have gone under the umbrella of Islam and Christianity to advance their political cause only for them also to ride on the same Islamic and Christian umbrella to plant hate and venom in the mind, heart, psyche and socio-economic activities of Nigeria such that today, that unity is no more there.

“If anybody is pretending that there is unity in this country, he is on his own and God help him. But I am not going to live in denial; all is not well.

ALSO READ:  ELECTION VIOLENCE: Alarming Number Of Deaths In The S-south/S-East - Is Nigeria Election Worth The Risk?

“All will not be well until these divisions are identified or are rather addressed by giving people independence the way they want it.

Niger-Delta region, he is waiting for the Niger-Delta Republic.
“It is only probably in the North that there is no agenda of Arewa Republic because of our peculiarities.

The Yoruba nations are more homogenous than the North. Niger-Delta and the Igbo are more homogenous but they all have their own internal divisions. But in the North, we have ethnic minorities, other smaller enclaves that are not willing to go with the majority ethnic tribes because of their previous experiences and that of their great, great grandfathers. They have also lost trust in the bigger tribes.

“The issue of power shift is an interesting issue and that tells you that it is better we divide Nigeria. One example; if you hear an Igbo man clamouring for power shift, if power were to shift to an indigenous Muslim Igbo, ask an Igbo man, because there are indigenous Igbo Muslims there; if power were to shift to say, Imo State and it is shifted to an indigenous Muslim Igbo, if you ask the entire Igbo nation who are not Muslims whether power has shifted to them they will tell you no. If you ask a Yoruba man about power shift, to say Modakeke; ask an Ife man whether power has shifted to him and the answer will be that it is not because it is to his sworn enemy.

ALSO READ:  The fulani People I gave land at Lokpanta are guiltless. They are not the ones doing kidna-pping there.

“If people from Nasarawa, Benue, Kogi, Taraba, Middle Belt who are clamouring for power shift, a minority from them, a Tiv Muslim were to emerge president of Nigeria, Tiv people will tell you they have not seen power and that power has not shifted to them.

“In Katsina State, the Karaduwa people have been clamouring for power shift to them. Governor Aminu Masari is from Karaduwa. But were that power fallen to an indigenous Christian in Malumfashi, Kafur, Yarabori, Askia or Funtua, the Hausa man in that area will tell you no.

“Even now as we are talking, Buhari is from Daura, ask any Katsina Central man if he believes power has shifted to Katsina; he would tell you no.

“So, a country where you feel only comfortable when a man from your Church, Mosque, house or tribe becomes president, that country is gone and it is only a matter of time.