Forget About 2023 Presidency, The Only Hope For The South Is… 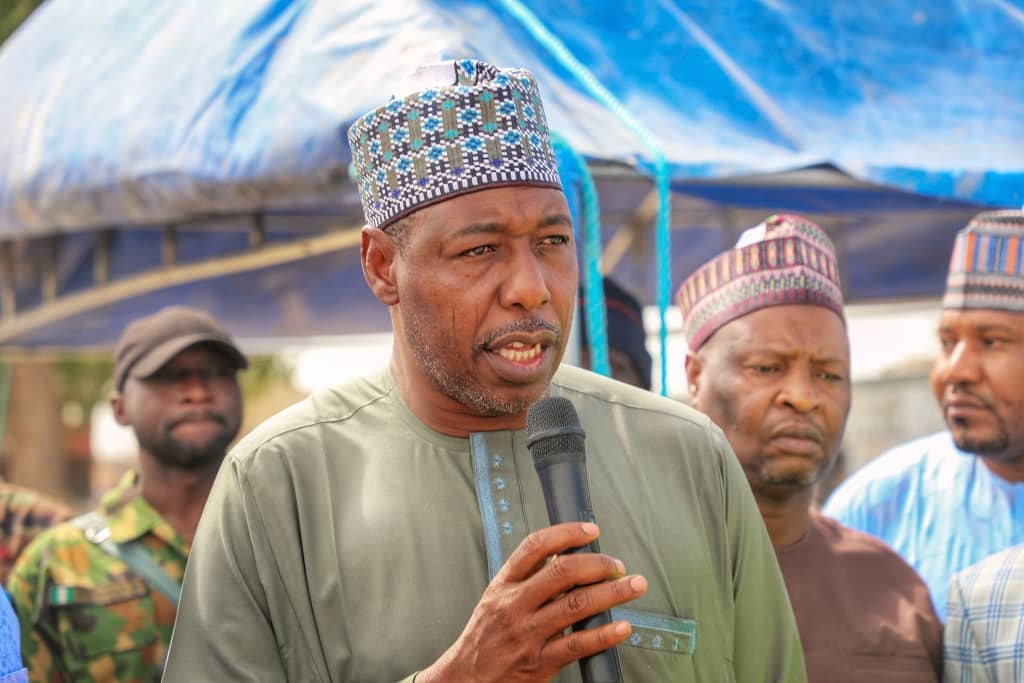 Zulum said those who had undergone the process spied on the host communities which resented them, after which they returned to join their colleagues.

The governor disclosed this while delivering his speech at the North-East Governors’ Forum meeting held at the Banquet Hall, Government House, Bauchi State.

Present at the meeting were governors of Borno, Adamawa, Gombe and Bauchi, while Taraba and Yobe states were represented by their deputies.

“Your Excellencies, another aspect of the war against the insurgency that needs to be urgently reviewed or modified, is the issue of deradicalisation of Boko Haram terrorists, who have been captured or have willingly surrendered themselves to the authorities.

“It has been confirmed that the concept of deradicalisation or Safe Corridor is not working as expected. Quite often, those who have passed through the Safe Corridor Initiative, or have been deradicalised, usually go back and rejoin the terror group after carefully studying the various security arrangements in their host communities, during the reintegration process.

“In addition, the host communities where the reintegration process is going on usually resent the presence of Boko Haram terrorists, even if they have been de-radicalised, because of the despicable and atrocious activities they have committed in the past.

“So the idea of deradicalisation, as currently being implemented, needs to be reviewed because the main goals and the underlying objectives behind the initiative are not being achieved,” the governor said.

Speaking further, Zulum said, “The best option is to immediately prosecute the terrorists, in accordance with the Terrorism Act. However, those people who, ab initio, were forcefully recruited but have been rescued or have escaped from the group, should be the ones to be subjected to the deradicalisation process.

“On the prosecution of terrorists, we must make efforts to avoid the current encumbrances and intricacies associated with the process, which usually takes considerable time, by urging the appropriate federal authorities to devolve the powers of the Minister of Justice and Attorney-General of the Federation to State Attorneys-General in order to facilitate the prosecution process.

ALSO READ:  BREAKING: Over 100 Concerned Igbo Elders, Women, Youths Others Storm Nnamdi Kanu's Compound To Clean The Environment Ahead Of His Release On 28 Of June..(See Photos)

“At the moment, only the Attorney-General of the Federation is statutorily empowered to prosecute terrorists, which, quite often, results in avoidable delays. We once again call on the Attorney General of the Federation and Minister of Justice to delegate his prosecutorial fiat to the State Attorneys-General to prosecute such cases in their respective states as justice delayed is justice denied.”

The Nigerian military had in 2016 launched Operation Safe Corridor, an initiative for the deradicalisation and rehabilitation of ex-Boko Haram members.