Sowore Raises Alarm Over Plot By Nigerian Government To Arrest, Kill Him For Demanding Good Governance 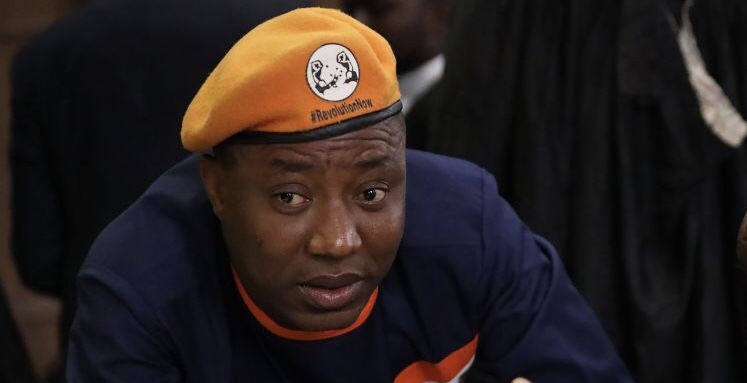 Rights activist and Convener of #RevolutionNow Movement, Omoyele Sowore, has accused the Nigerian Government of plotting to arrest and kill him.

The alarm by the activist comes as the President Muhammadu Buhari-led government continues its clampdown on major actors and promoters of the #ENDSARS protest.

In a post on Twitter on Wednesday, Sowore said that the Nigerian military had put a bounty on his head for him to be either arrested or killed.

#RevolutionNow Info reaching me now is that a signal from DIA has put a bounty on my head, that I must be arrested or murdered as they claim Iâd resist arrest in the next 24hrs! This is from the Defence HQ here is Abuja! Be it known that this canât affect the struggle for freedom

Just yesterday @MalamiSan went to an FCT court headed by Justice AB Muhammed to obtain an exparte order against me and @SaharaReporters, he want to make it look like his part of it is âcivilâ to pretend he wasnât part of the assassination squad they put together!

Over the week their minions wrote press releases, letters to foreign embassies, @TheNationNews was generous in claiming some âGenuine EndSarsâ people want me arrested. The @HQNigerianArmy had a team of @twitter influencers on Sunday suggesting I should be assassinated

Sowore was arrested in the early hours of August 3, 2019 by operatives of the Department of State Services for calling on Nigerians to take to the streets in peaceful demonstrations on August 5 to demand a better country from the administration of President Buhari.

He was kept in unlawful detention from that period until December 5, 2019 when he was finally released on bail despite two court orders earlier sanctioning his freedom.

In a twist of events, DSS operatives invaded the Federal High Court in Abuja on December 6, 2019 to rearrest him without any court order.

He remained in unlawful detention until 18 days later when he was released by the secret police for the second time.

The journalist remains confined to Abuja as one of his bail conditions forbids him from leaving the city or speaking with journalists until the end of his trial.