BREAKING:Nigerians Yet To Register For National ID Number… 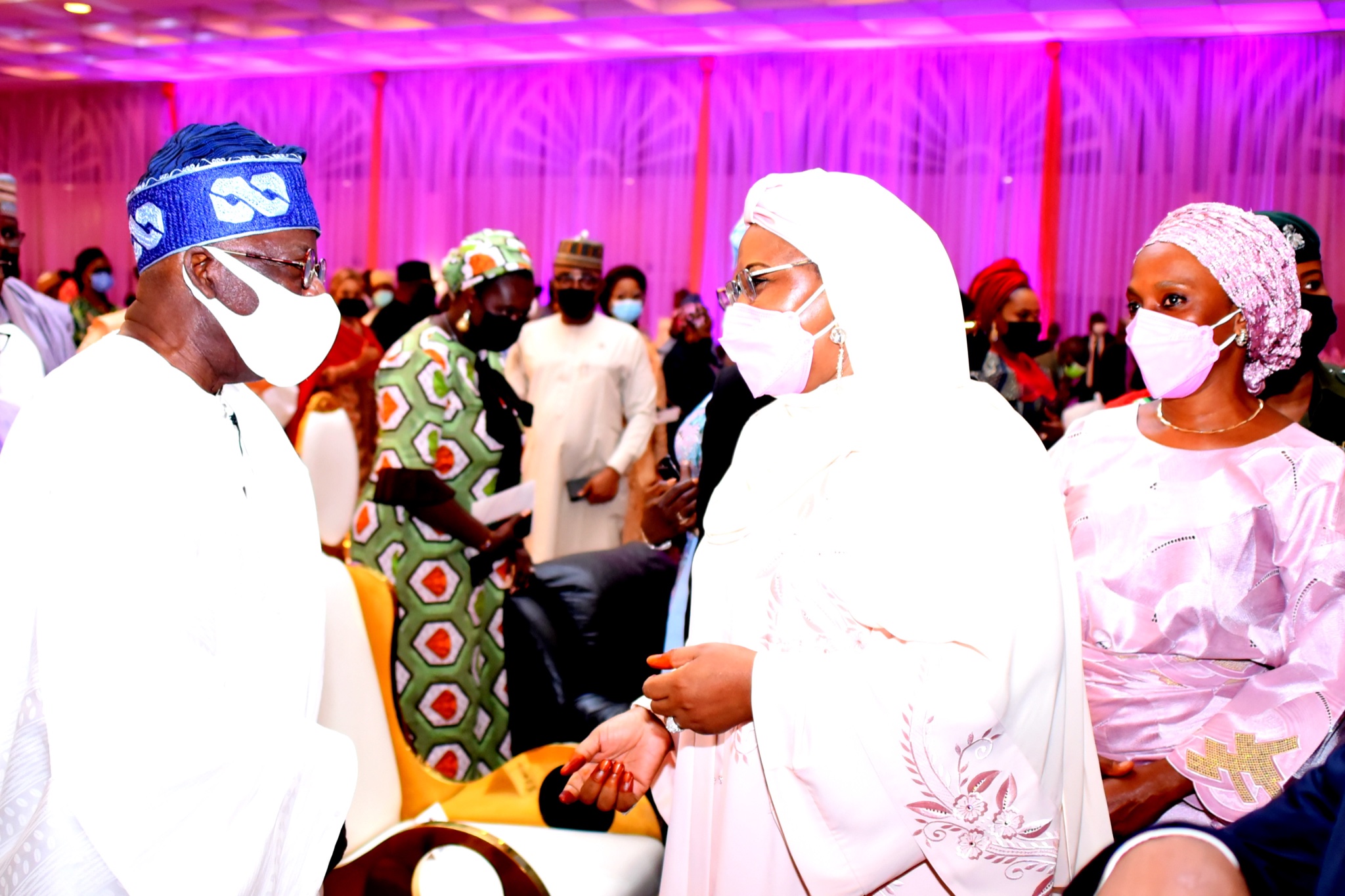 The national leader of the All Progressives Congress, Bola Tinubu, on Thursday erroneously referred to the wife of Vice President Yemi Osinbajo as “the wife of the President.”

He made the gaffe while speaking at the launch of Aisha Buhari’s biography titled, ‘Aisha Buhari: Being different’.

Tinubu was the chairman of the event, held at the Banquet Hall, presidential villa, Abuja.

After the blunder, Tinubu paused for a couple of seconds before resuming his remarks. This is the second of such slips from the former Lagos governor in the past two weeks.

Recall that on March 29, Tinubu said 50 million youths should be drafted into the army to avert a situation where they will be lured by bandits. He made the comment while speaking at the colloquium to mark his 69th birthday in Kano.

Tinubu released a statement acknowledging his error, noting that he meant 50,000 — and not 50 million youths.

N30m From Dangote, N20m From Tinubu – Who Gave What At Aisha Buhari’s Book Launch