If There Is No Hope In Nigeria, Why Would I Stay …? Peter…

We’re not against rice importation, says FG after foreign rice was served at Buhari son’s wedding 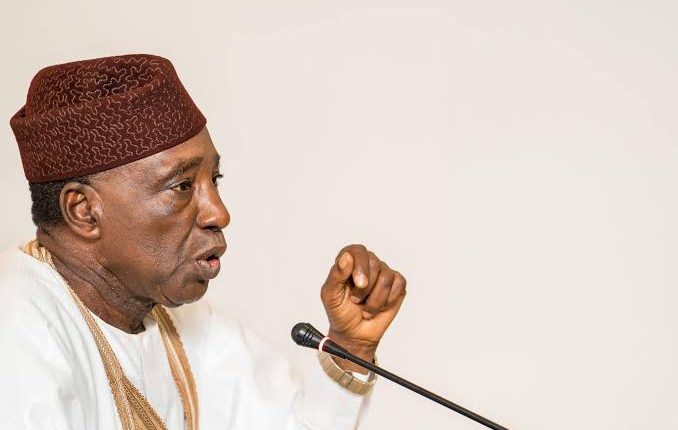 The Minister for Agriculture and Rural Development, Alhaji Sabo Nanono, has said that the federal government is not against the importation of rice, but established measures to prevent Nigeria from being a dumping ground for rice.

This following after foreign rice was served at President Muhammadu Buhari son’s wedding last weekend, despite ban on importation of foreign rice.

Speaking Monday at the sixth Feed Nigeria Summit, the minister said that the country is benefitting from the ban and has led to the growth of local industries and empowered local farmers.

“We are not opposed to the importation of rice but protecting the country from being a dumping ground of rice. Togo, Niger and Benin do not produce rice but the products are from China, India and Thailand. At the onset of the directive, people were shouting that we are going to put Nigerians in hunger but if we are serious, four states can produce what we eat. Not only that, in Kano, there are no less than 40 rice milling companies with a capacity of 100 to 400 tons per day which has led to employment,” he said.

While stating that the COVID-19 pandemic has shown that Nigeria needs to invest more in agriculture, he noted that the challenges facing the country can be tackled with provision of jobs for the teeming youth.

He added that the federal government has continued to implement new strategies to aid the development of the agricultural sector and strengthen the value chain through the National Agricultural Transformation and Innovation Plan (NATIP).

Minister of State for Agriculture and Rural Development, Mustapha Baba Shehuri, said that reports indicated that per capita production of cereals, root and tuber crops are on the increase and urged for sustainability to support the exponential growth in population, which requires extreme intervention from all major stakeholders.