BREAKING: I Will Make Sure You Lose Your Job” – Oyedepo… 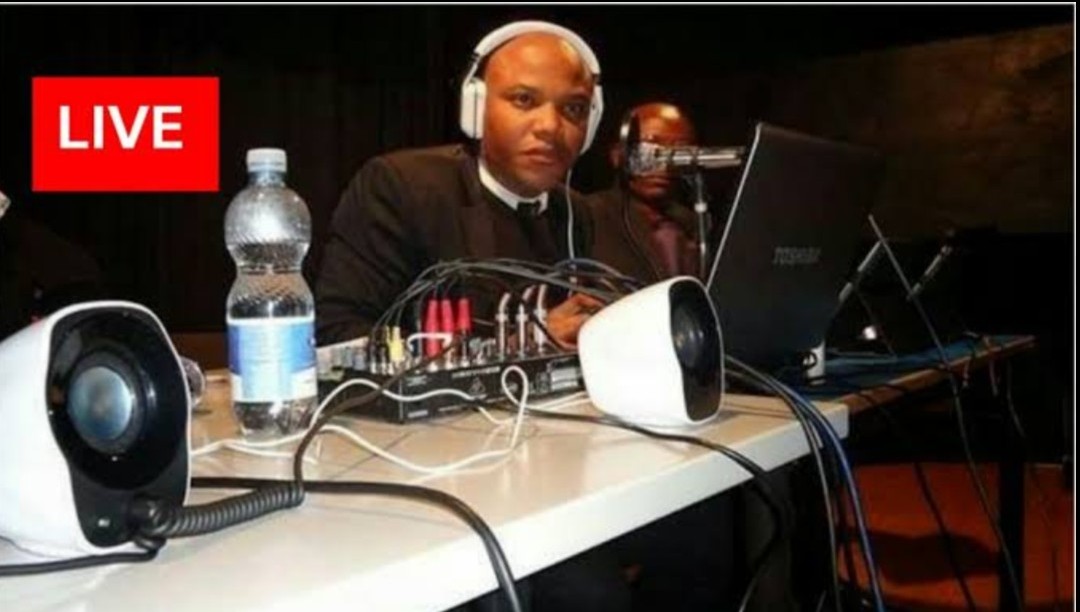 SAHARANEWS – The Indigenous People of Biafra (IPOB) has announced what it called upcoming  special broadcast by its leader,  Mazi Nnamdi Kanu on Radio Biafra, London at 7 pm on Saturday, November 16, 2019.

As part of the broadcast, the group said Kanu would educate and enlighten listeners on the diplomatic steps being taken by IPOB to bring about Biafra restoration and collaborative efforts with other ethnic nationalities to bring about “the peaceful dissolution of Nigeria as the only viable means of stopping the perpetual reign of terrorism, feudal conquest and enthronement of Almajiri reign of mediocrity, primitive repression and mindless government brutality.”

“IPOB’s International diplomatic onslaught is shaking the fraudulent foundation of Nigeria and the proposed bill to kill innocent and peaceful human beings in Nigeria for free speech will finally put the miserable and damnable existence of Nigeria to a well deserved miserable end, “ the group said.

IPOB declared that Kanu’s broadcast on Radio Biafra on Saturday would enlighten, educate and reinforce what it called the inevitability of the collapse of the artificial British colonial experiment called Nigeria.

“Almighty God Chukwu Okike Abiama in heaven has ordained that Biafra must come, there is nothing anybody can do about it”, the group insisted. It advised its supporters to join the IPOB’s leader on the broadcast.

The Federal Government has designated IPOB a terrorist organization and put its leader, Nnamdi Kanu on trial for championing a separate state of Biafra for the Igbo in Nigeria. Kanu fled the country after a federal high court in Abuja granted him bail on some stringent conditions, which he was able to meet.