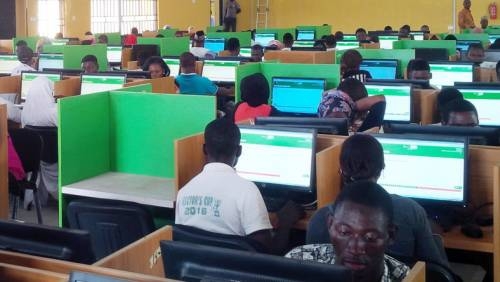 SAHARANEWS – Ekele Franklin, a 15-year-old boy from Imo, has been announced as the overall best candidate in the 2019 Unified Tertiary Matriculations Examination(UTME) conducted between April 11 and April 15
Franklin who chose University of Lagos, (UNILAG) as his first choice scored 347.

Prof. Ishaq Oloyede, Registrar of the Joint Admission and Matriculation Board(JAMB), disclosed this at a news conference to announce the release of the results in Abuja on Saturday.

According to the release, Emmanuel Chidebube, a 16-year-old boy from Abia came second with a score of 346, while Isaac Olamide, a 17-year-old from Osun came third with 345.

Speaking on the general performance of the candidates Oloyede disclosed that in all 2,906 candidates scored over 300 as against 4,683 in 2018.

The registrar said that about 1,792,719 candidates sat for the exams, while 34,120 candidates had their results withheld for examination malpractice. He stated that 15,145 results were withheld for further clarification.

The registrar, therefore, advised candidates to use the phone number used for registration and text it to 55019 to get their results instantly. Oloyede identified a lot of infractions from candidates and Computer Based Centres (CBT) owners ranging from multiple registration, manipulation of biometrics and deliberate destruction of power sources during the examination.

“No doubt, examination malpractice is a cankerworm that has eaten deeply not only into Nigeria but also the rest of the world, especially the developed countries such as the USA and U.K.

“In Nigeria too, examination malpractice is exacerbated by the insatiable greed and desperate antics of parents, who are hell-bent on inducting their innocent and not-so-innocent children into the world of sharp practices and corruption.

“On impersonation, in the 2019 UTME, we were able to identify a large number of impersonators, who have been writing UTME for candidates. Most of the tutorial masters specialise in recruiting such professional writers for the candidates.

“They do so by using the names directly or variants of the names or by multiple registrations.

“An example is Anambra state where two centres registered a large number of impersonating candidates. In such cases, the results of the candidates have been cancelled and the CBT centres delisted.

“We have also tracked the registration centres and the computers used. In cases where we were able to ascertain the culpability of the centres, we delisted them,” he said.

According to the registrar, the fraudsters thought they could beat the system through ‘contributed fingers’ where two or more persons would use their fingers to register for candidates.

“Two examples of this case are in the Aminu Saleh College of Education, Azare, where someone’s finger(s) was discovered in 42 person’s registration and Bauchi State University, Gadau, where one person’s is traced to the registration of 64 candidates.

“Another example was in Borno State where in Nassara Computer Academy, Maiduguri, 233 candidates had one particular finger included in each of their biometric registration.

“We have made representative arrests and we must thank the Inspector-General of Police and the Commandant-General of the NSCDC for their wonderful cooperation. “The I-G actually set up a Special Task Force of the Force Intelligence Bureau (FIB), which assisted tremendously in tracking the offenders”.

Oloyede, however, noted that 116 centres had been delisted for various infractions, saying that 18 of the 116 centres was previously sanctions by the governing board of JAMB. He, therefore, assured universities of the board’s commitment in sending biometrics and photo details of candidates to the universities for post UTME. 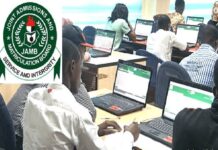 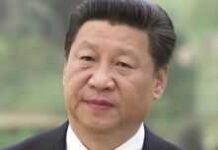 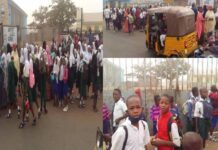 BREAKING: 23 Nigerians To Be Executed In Saudi Arabia For Drug... 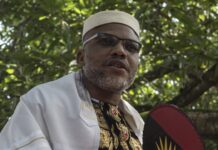 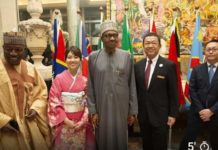 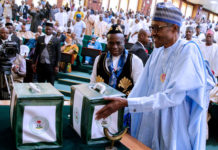