Christmas: Muslims in Kaduna presents the portrait of Jesus…

BREAKING: 5 Escape Death As Another Building Collapsed In Onitsha 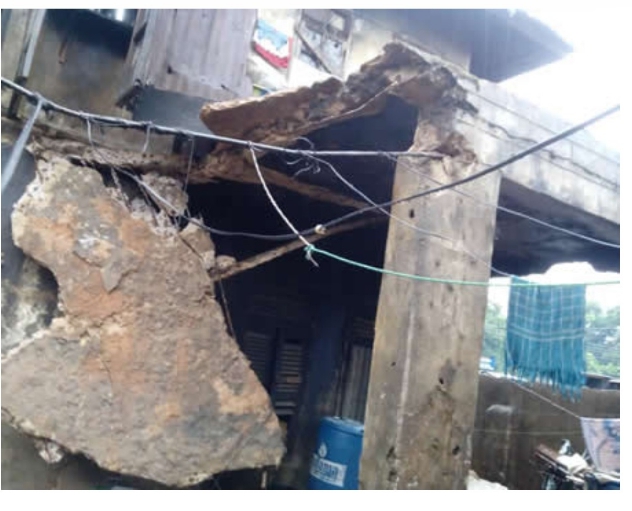 SAHARANEWS – Five persons on Friday afternoon escape death, as another building collapse in Onitsha, the commercial city of Anambra State.

The decked attachment of the building located at No. 44 Modebe avenue, Odoakpu in the commercial city reportedly caved in around 2.30pm.

The incident is coming barely 24-hours after a three-storey building collapsed in the same area, leaving five persons dead and three others rescued with varying degrees of injury.

Although no life was lost in incident but five females were said to have sustained injuries at the time of filing this report.

Confirming the incident, the Chairman, Red Cross Society in Anambra State, Prof. Peter Katchy said the casualties have been moved to Leeds hospital for intensive care.

“There is no death recorded. Five casualties, all females are now admitted at Leeds Hospital at Modebe avenue Onitsha for intensive care.

And that the conditions of the casualties are stable.