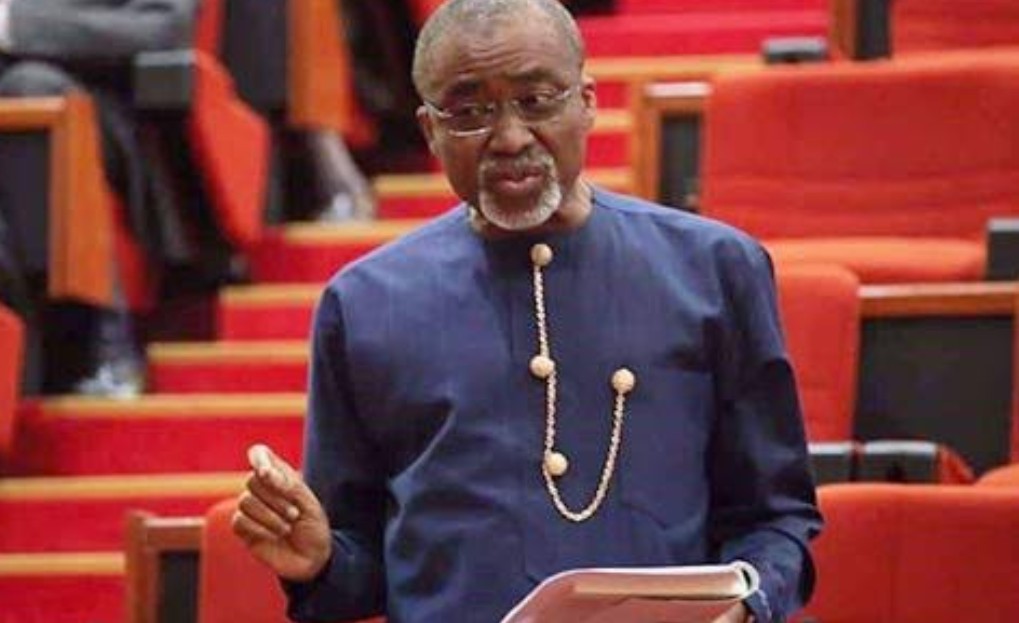 SAHARANEWS – Minority Leader of the Senate, Enyinnaya Abaribe, has urged the Peoples Democratic Party (PDP) not to despair over the Supreme Court’s ruling that removed erstwhile Governor of Imo State, Hon. Emeka Ihedioha.

Abaribe, in a statement by his media aide, Uchenna Awom in Abuja, said: “This is not the time for blame game as this dark hour will surely pass away.”

He, however, bemoaned the outcome of the judgement and said the ruling be taken in good faith in deference to the protection of the sanctity of institutions of governance.

The Senate Minority Leader warned of an imminent weakening of some critical agencies of democracy, particularly with the acceptance of unit results from sources other than the Independent National Electoral Commission (INEC) certified results, without calling unit witnesses “as already established by the same Supreme Court in a similar case involving former Vice President, Atiku Abubakar recently.

ALSO READ:  Laws That Worked In The North May Not Work In The Southern Nigeria, Restructure Now Or Risk Forceful Breakup — Babalola

“What it means is that results from security agencies like Nigeria Security and Civil Defence Corps, Army, Navy and even community ones like Hisba, JTF et al, will be more sacrosanct and acceptable than the official INEC’s tabulation”, Abaribe added.

He said the painful outcome of the legal process has again raised poignant questions that should ignite serious calls for total reforms of the electoral and governance structures in Nigeria.

The stark reality in the circumstance Abaribe added is that the Apex Court is the final arbiter and it’s decisions must be respected at all times.

Nonetheless, the Minority Leader lamented the contradictions in the final analysis, especially when the statistics of who-got-what in the State Assembly among the various political parties is put side by side with the result that was recorded same day with the gubernatorial election.

“How many House of Assembly members in Imo State did APC produce in the Election that was held on the same day as this governorship election in question? Can someone refresh us…? PDP won 13 seats, AA 8, APGA 6, and APC won 0 seat out of a total 27 seats.

“And now by this Judgement the APC that did not win any seat in the House of Assembly in the Election that was held and collated the same day ..won the Imo State Governorship Election at the Supreme Court. APC should not gloat.

“These are times that make hearts and wills falter. But as the Holy book says …this too shall pass away. For our friend and brother Emeka Ihedioha, courage is the name. This will also pass away.

“Your valedictory speech is heartwarming. It shows that there will be a rosy tomorrow from today’s despondency. For all of us in the PDP this is not a time for blames. When men are bent on evil, they will not stop, but ultimately the will of the people shall prevail,” he said