Nnamdi Kanu is our son, he has not killed anyone, we must…

We will confront enemies of Nigeria with all our resources —…

EL-ZAKZAKY: The Plot By The FG To Eliminate Our Leader Using… 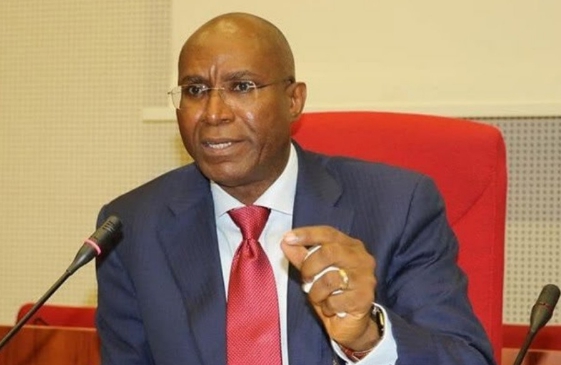 SAHARANEWS – The Court of Appeal sitting in Benin City, Edo State on Friday, upheld the nullification of the re-election of Ovie Omo-Agege, Senator representing Delta Central on the platform of the ruling All Progressives Congress (APC).

The court, SaharaNews learnt, also nullified the election of Rev. Francis Waive, winner of the Ughelli North, South and Udu House of Representatives seat on the APC platform.

SaharaNews recalls that in a judgement delivered by Justice Tosin Adegoke, on March 18, the Federal High Court sitting in Asaba, the Delta State capital, had sacked the Great Ogboru/Ovie Omo-Agege factional state executive of the APC led by Jones Erue.

The Federal High Court, SaharaNews recall, also nullified all actions taken by the sacked Erue-led executive, including ward and local government congresses, party primaries and the list of candidates that emerged from the primaries.

Following the judgement, Omo-Agege and Waive approached the Court of Appeal to seek the leave of the court to appeal the judgment nullifying their candidatures and re-election.

At the hearing of the case on Friday, the Court of Appeal, however, dismissed their applications, saying it lacked merit.

Consequently, the court, awarded a fine of N300,000 each against the two candidates.