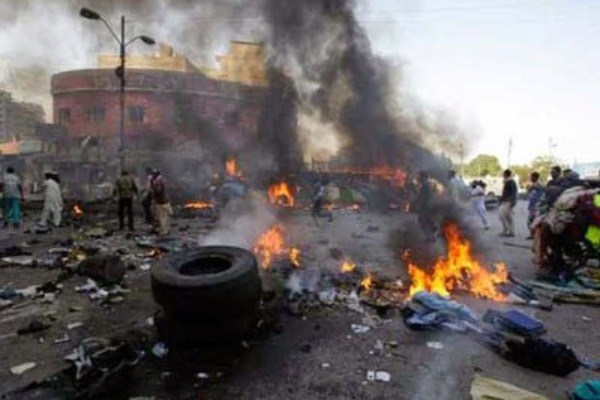 SAHARANEWS – Not fewer than Eeven persons have died in an early morning suicide attack on Muslim worshippers in Maiduguri, Borno State.

The suicide bombers, two of them, accompanied by a gunman, infiltrated a mosque in behind old CBN quarters Maiduguri at about 5:30am.

According to a statement issued by the Police Commissioner, Damian Chukwu, an “On-the-spot assessment at the scene revealed that at about 0540hrs gunmen suspected to be Boko Haram terrorists & suicide bombers infiltrated Gwozari/Kushari in Polo general area, Maiduguri shooting sporadically & detonated IEDs strapped to their bodies.”

The statement further says “Eleven people including three bombers died while fifteen others sustained injuries and are currently hospitalized at the State Specialist Hospital Maiduguri.”

Damian added that Clearance operations are ongoing by teams of EOD, SARS, PMF, NSCDC and the Military.

JUST IN: There Is No Hiding Place, Buhari Only Shifted The Judgement Day – CUPP