SAHARANEWS – Residents of Kwanate, a rural community in Adamawa state, have been thrown into panic and confusion following the sudden demise of Mr. Adamu Kwanate, candidate of the All Progressives Congress (APC) in Saturday March 9 House of Assembly election in the state.

This is coming less than 48 hours to the said elections.

SaharaNews gathered that the late Kwanate was a member of the State House of Assembly representing Nasarawo/Binyeri (Mayo Belwa 1) state constituency.

He died on Wednesday aged 56. He was said to have collapsed during a campaign in Kwanate and rushed to a hospital in Yola, the Adamawa state capital where he died.

His death was the second in the state within five days.

SaharaNews recalled that a lawmaker, Abubakar Abdurahman, who represented Mubi South on the platform of the African Democratic Congress (ADC) was reported dead after a brief illness.

Impeachment Of Buhari Over Insecurity Will Amount To Abuse Of Power...

COVID-19: Again, Over 150 Almajiris Intercepted By Security Operatives Amidst Interstate... 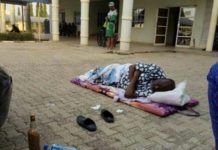 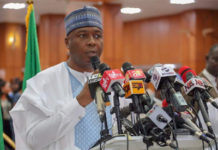 JUST IN: It’s Time To Replace This Outdated And Irresponsible Government... 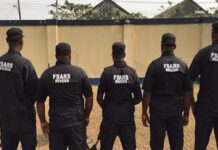