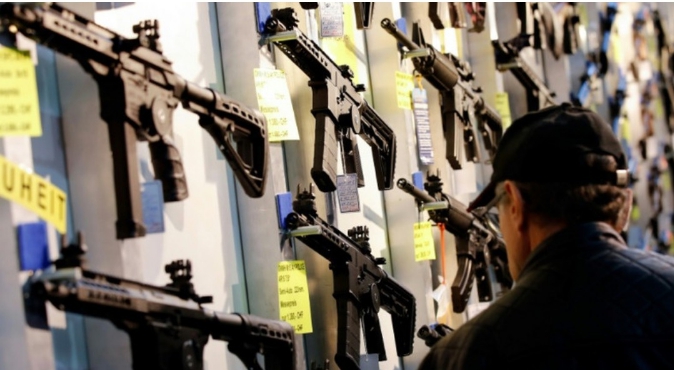 An American identified as Ara Dolaria, has been arrested by the United States government over an illegal arms deal with the Nigerian government. The 58-year-old man who was arrested on May 15 and also stands accused of money laundering, and conspiracy, allegedly accepted approximately $8.3 million from Nigeria and SEI. A statement released by the U.S attorney’s office on Monday, May 20, 2019, revealed that his Fresno-based arms brokering company, Dolarian Capital Inc. (DCI), had been denied licenses to broker international arms deals by the U.S. Department of State beginning in 2013 and continuing through 2014.

However he went on to execute sales contracts with Societe D’Equipments Internationaux (SEI), a French arms brokering company acting on behalf of Nigeria, for the purchase and transfer of high‑explosive bombs, rockets, military-grade firearms, and aircraft-mounted cannons worth more than $8.5 million. It was gathered that the Nigerian government funneled the funds, in part, through a purported furniture company in Hong Kong and then routed them through numerous shell accounts held by Dolarian and others.

Below is the tweet from the United States Department of Justice with regards to this case against the accused, Mr Ara Dolaria. Former Fresno man allegedly attempted to broker sales of bombs, rockets, military firearms, and aircraft-mounted cannons from Eastern Europe and South Africa to Nigeria.

Former Fresno Resident Charged with Illegally Brokering the Sale of

While the US government seized over $6 million that remained in Dolarian’s account with civil forfeiture proceedings related to that seizure currently pending, it was learnt that he used the funds to pay off personal expenses such as federal and state tax debts, and the purchase of a BMW SUV.