BIAFRA: IPOB Is Not A Terrorist Organization, They’re… 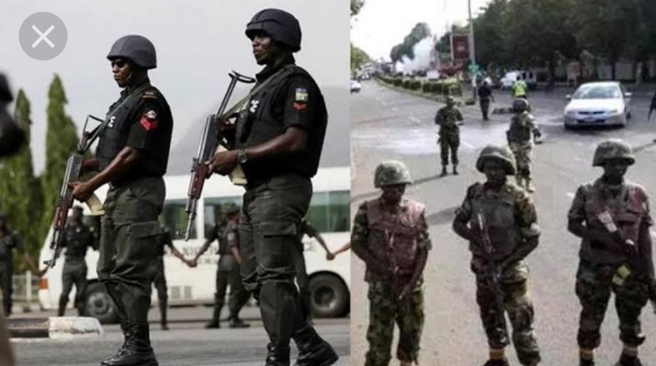 SAHARANEWS – Report reaching our news room has it that there is heavy tension in Port Harcourt, Rivers State after Policemen and some Soldiers clashed on Sunday afternoon at a collation centre of the Independent National Electoral Commission, INEC.

SaharaNews that the incident occurred after both parties tussled over control of security at the venue where the results of Saturday’s Gubernatorial Elections will be collated for final announcement.

The soldiers had ordered police officers already at the venue to leave the premises but they later returned in greater numbers, breaking down the gates of the premises and forcefully taking charge of security.

ALSO READ:  JUST IN: I Am Far More Educated Than Atiku, Buhari Challenge Atiku To Present His Credentials

It will be recalled that this incident is happening shortly after several complaints of strong military presence in the state. The Governor of the state, Nyesom Wike is currently fighting to secure a second term.

His top contender is from the AAC party currently being back by the minister of transport and Former Governor, Rotimi Amaechi.

SaharaNews will monitor the situation and bring you more details soon….