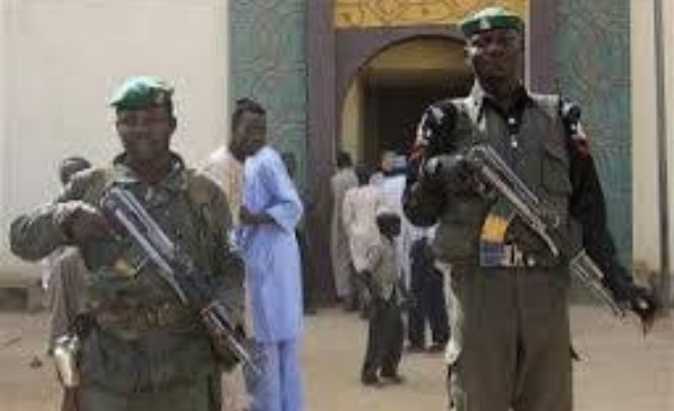 SAHARANEWS – According to a report by reaching our newsdesk, there is currently a deployment of heavily armed policemen around Kano Emir’s Palace and personal residents of some senior council members of the emirate.

It was observed that about 10 Police Hilux Vans, which conveyed security personnel to the place, were stationed at Kofar Kudu emir’s palace, another 10 around personal residence of Chief of Staff to the Emir of Kano Malam Muhammadu Sanusi along Iyaka road.

Further observation showed that another 10 police patrol vehicles were stationed at the main entrance of Kano State Government House, while one patrol van was kept at the personal resident of the incumbent Galadiman Kano Alhaji Abbas Sanusi.

Also, security personnel were stationed at the main entrance of Audu Bako State Secretariat. One of the policemen at the secretariat confided in Daily Trust that they were conveyed to the secretariat as early as 6am.

This may not be unconnected with the planned presentation of letters of appointment to the four new emirs by the state governor but when contacted, the Police Public Relations Officer, DSP Haruna Abdullahi, said he was not aware of the Police operation and would rather not make any comment about it.

ALSO READ:  We want peace but the West pushed Ukrainian regime to war with Russia — Putin

However, he said: “I will find out from my superiors why police Mopol were deployed and communicate to you. As soon as I get details of the operation, I will get back to you.”

BREAKING: High Hopes For Biafra Agitators As UN Urges Them To Start Teaching Biafra National Anthem To Her Citizens Now