Nigeria won’t disintegrate, we have dialogued with…

BREAKING:Lawyers In Nigeria Can Now Practice In UK, USA —…

Anambra poll: Everything is in order, says APC’s Andy… 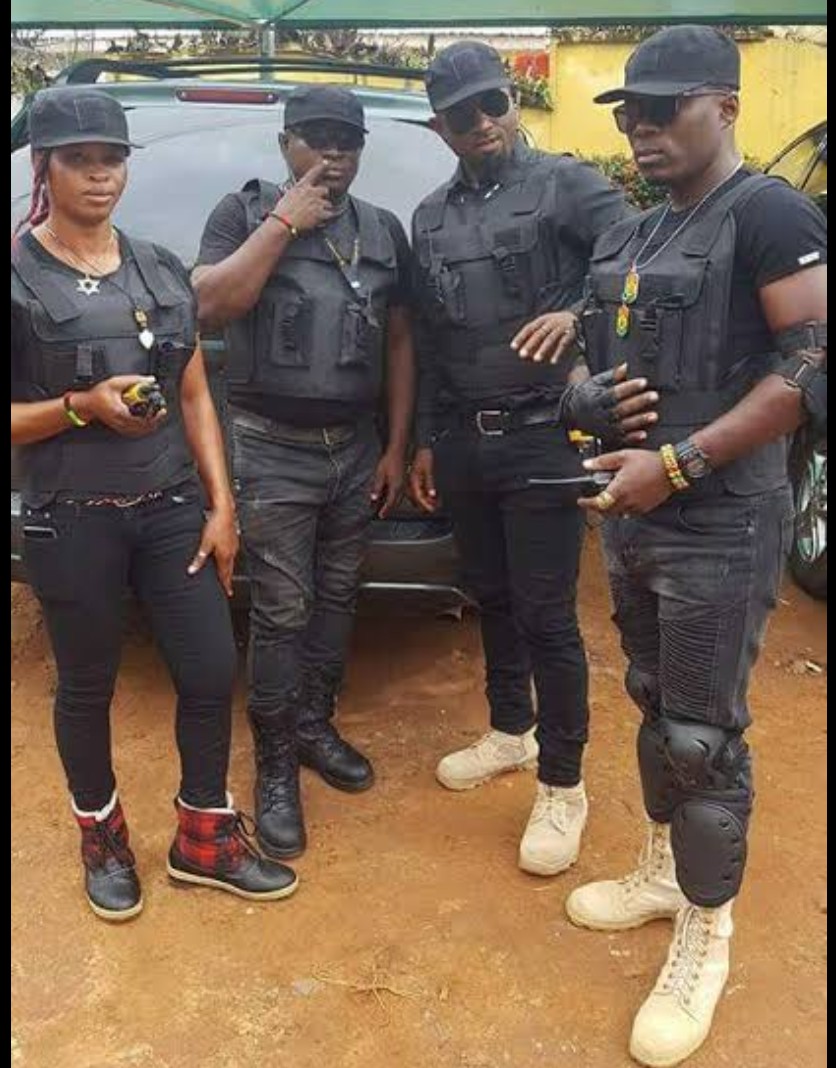 SAHARANEWS – The Indigenous People of Biafra (IPOB) has vowed to re-launch it’s rested outfit, Biafra Security Service (BSS) to get even with the southwest security, Amotekun.

The Publicity Secretary of IPOB Emma Powerful who disclosed this to our correspondent in Owerri condemned the planned proscription of the Yoruba security outfit by the Federal Government, alleging that it was deliberately kicking against Amotekun because it supported the killings in the North and other parts of the country.

Powerful also described the Miyetti Allah’s call for the ban of Amotekun as wicked and selfish.

“They want to commence the killing of innocent citizens they have wasted in the guise of Fulani herdsmen, otherwise why would they stop the outfit that has been well applauded by everybody; what is their interest?”

Powerful explained that with the re-launching of BSS, all activities of the Fulani herdsmen would be a thing of the past. He assured that the security outfit will protect the entire southeast and other Igbo centralised zones.

“BSS would adequately protect the Igbo territory just like Amotekun would do in the West; our lives and properties would now be safe; our women would be free from rape while going to their farms,” Powerful assured.

Meanwhile, IPOB has also responded to the threat by the central zone chairman of the Ijaw Youth Council (IYC) Kennedy Olorogun to beat “Biafrans of Ijaw origin in Bayelsa State.”

According to a press statement IPOB warned IYC not to allow itself to be ridiculed by Olorogun, pointing out that Ijaw is the birth place of Biafra.

“It is a thing of shame to see the most respected group among Ijaw people allow itself to be ridiculed by the unguarded utterances of one man, whose claim to Ijaw is at best questionable, to issue a press statement against the great Indigenous People of Biafra IPOB, threatening to ‘beat’ Biafrans who are themselves of Ijaw nationality and indigenes of Bayelsa State.

“Unknown to Mr Olorogun Kennedy whose first name points to his true origin, Bayelsa State and Ijawland is the birthplace of Biafra. Mr Olorogun Kennedy is craving the attention of his Arewa masters by making attention-grabbing comments on the pages of newspapers to attract more financial reward from those that have rendered Niger Delta desolate,” Powerful alleges.

He further pointed out that “those leading IYC central zone know nothing about Ijaw people, history, struggle, survival and enemies.

He added that “Mr Olorogun is pretending he was not aware of a previous and ongoing dialogue between IPOB leadership and prominent Ijaw people in the Diaspora.

“Maybe Mr Olorogun is not aware that IYC elders council publicly hosted Mazi Nnamdi Kanu in Igweocha (Port Harcourt) in 2017 at a public event held in Niger Street. One will begin to wonder who this man is truly representing; is it the Ijaw people or the enemies of Ijaw people?”

Speaking further on the destructions on Ijaw land by various insecurity challenges, Powerful said: “Boko Haram, herdsmen, ISWA etc and all other terrorist organisations in the North have killed countless Nigerians and Nigerian military officers yet no northern community has been burnt to the ground, rather they keep sending more soldiers of Biafra, Oodua and the Middle Belt origin to be killed in the name of preserving Nigeria’s territorial borders.

ALSO READ:  "I Walked All Night In The Forest, Now In Ogun State"—Seriki Fulani Says After Youths Allegedly Burnt His Settlement In Oyo

“Nigerian Army has never taken offense and burnt down communities as a result of the activities of these terrorists but at the slightest provocation of sea pirates in Ijawland they will take offense and burn down the properties of law-abiding Ijaw citizens yet IYC has been mute about this.

“The whole world knows that IPOB is the only organisation bold enough to confront the excesses of the terrorist government of Nigeria and if IYC central zone is standing against IPOB but mute against the evil meted upon Ijaw people by the oppressive Nigerian military then it means that its loyalty is no longer towards the Ijaw people but those who oppress us.

“Again, I said they don’t know the Ijaw struggle nor the Ijaw history. I say this because they claim that Ijaw nation is not Biafra and accused IPOB of attempting to cause trouble in Ijawland which according to them is not Biafra.

“This is not only hilarious but appears to be informed by ignorance. Funny enough, no one can tell the Biafra story without mentioning Ijaw, not even Igbo which he was warning in his so-called letter. Biafra is a country that began its advancement from the coast, from Ijawland.”

The IPOB spokesperson further said: “Before the creation of what is called Nigeria today (before 1914), every enlightened Ijaw man knows he was a Biafran and that his nation, Ijaw, is one among many in the Biafra territory.

This is why Major Isaac Adaka Boro in his book “The Twelve Days Revolution” where he was trying to describe the location of the Ijaw nation he was agitating for which he called “Niger Delta Republic”, wrote: ‘The Niger Delta we shall consider is strictly the area occupied by the Ijaws, the aboriginal tribe of the Delta.’

“To confirm the consciousness of Biafra in enlightened Ijaw men of old, one year after Isaac Adaka Boro’s declaration of the Ijaw nation he called the Niger Delta when the defunct Eastern region which comprised all parts of the Biafran territory in Nigeria wanted to go her separate ways from Nigeria because of genocide against Biafran people by the rest of Nigeria.

“Another Ijaw son who died as a king in Ijawland, Frank Opigo reminded the Eastern Assembly that the identity of our collective people is Biafra and the name was adopted because no one could dispute that reality. How then can anyone say Ijaw nation is not Biafra when Biafra herself got her name from an Ijaw body of water which the oppressive Nigerian state changed after the genocidal war to the name of an Ijaw kingdom Bonny. What is called Bonny River today was once called Biafra River.”

He, therefore, warned Olorogun from overstepping his bound “I want to call on the IYC President and every other Ijaw leader to reprimand IYC central zone chairman and call him to order because he obviously doesn’t know the dictates of his office.

“There are many ways through which he can seek relevance but using the hallowed name of IPOB to attract cheap publicity will be his undoing.

“For the avoidance of doubt, IPOB meetings in various zones were held last Sunday across Bayelsa State and will continue to hold in Yenegoa Province Biafraland until eternity,” Powerful stated.

BREAKING: Uwazuruike Is Dead, To Be Buried On Saturday 25th January