2023 will amount to nothing. Those who so much trusted in it…

BREAKING: “Nobody Will Be Sworn In As Bayelsa Governor!” – APC Reacts To Supreme Court Ruling 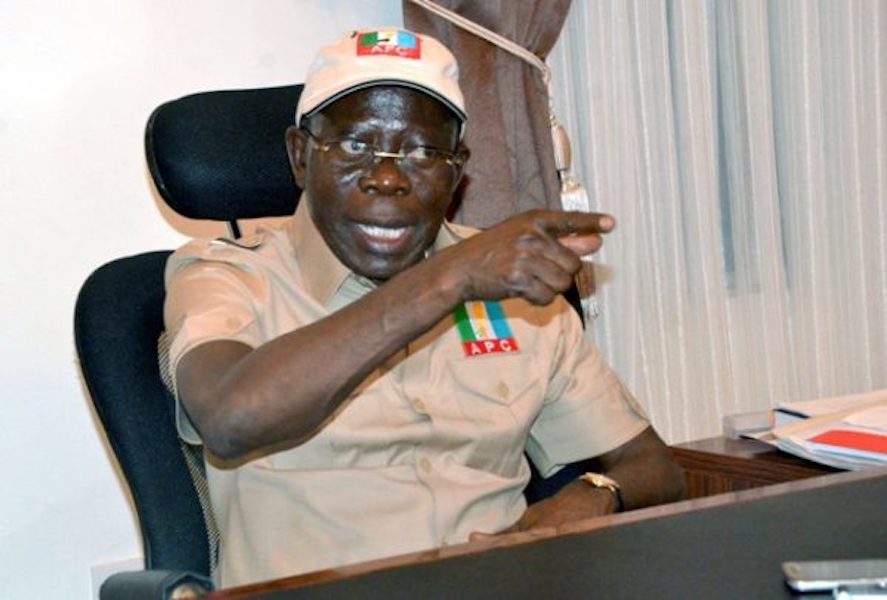 SAHARANEWS – National Chairman of the All Progressives Congress, Adams Oshiomhole, has said that nobody will be inaugurated as governor of Bayelsa State on Friday.

He made the remarks after the Supreme Court on Thursday nullified the election of David Lyon as winner of the November 2019 governorship poll in the state.

According to Oshiomhole, the Peoples Democratic Party’s candidate during the exercise, Diri Douye, did not meet the requirement to be sworn in as governor as directed by the apex court.

Speaking with journalists in Abuja on Thursday evening, he said, “Nobody will be sworn in on Friday as new governor in Bayelsa State.

“In this case, nobody apart from David Lyon meets desired spread as expressed by the Supreme Court.

“The next candidate who happens to be a PDP candidate does not have one quarter of the votes cast in that election.”