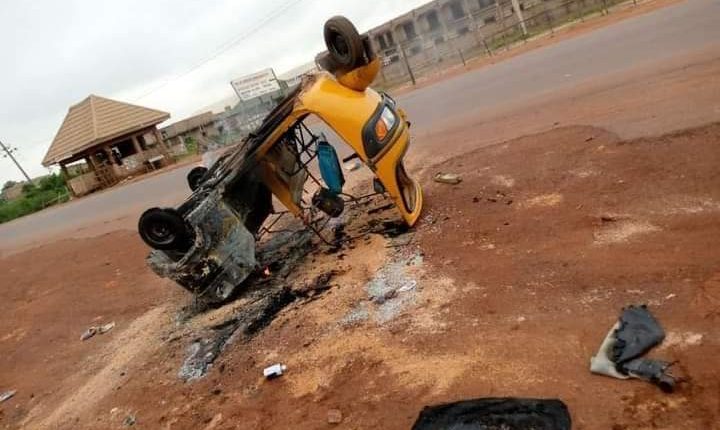 According to OAK METRO, eyewitnesses said the hoodlums attacked the drivers of the tricycles for disobeying the sit-at-home order issued by the leadership of the Indigenous People of Biafra (IPOB).

IPOB had announced that the sit-at-home was to commemorate those killed by Nigerian forces at the home of its leader Nnamdi Kanu on September 14, 2017, alongside those killed during the military operation Python Dance in the southeast.

No one is confirmed to have been killed in the incident, but the tricycles were destroyed beyond repair.