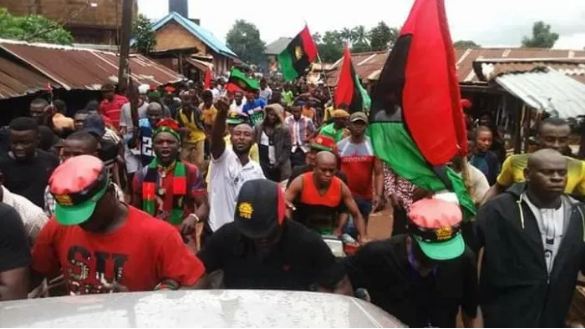 Associated individuals with the banished Indigenous People of Biafra (IPOB) have assaulted and torched the Onicha Divisional Police Headquarters in Isu people group.

Naija News reports that the IPOB individuals assaulted the police headquarters around 3:25pm on Thursday torching the structures in the station and four watch vans.

She said: “Today being 4/02/2021 at about 0325hrs criminals associated to be individuals with the Proscribed Indigenous People of Biafra (IPOB) assaulted Onicha Divisional Headquarters, Isu in Onicha L.G.A of Ebonyi State, set on fire the left-wing of the Division and four (4) watch vehicles”.

“This followed dangers by the Proscribed Group who are charging that the Police were securing the Fulani Herdsmen who they blamed for being answerable for the executing of one of their individuals *Nwite Njoku ‘m'”.

“One Policeman supported cleaver cuts wounds during the assault and he is reacting to treatment in the emergency clinic”.

“In the interim, the Commissioner of Police Ebonyi State CP Aliyu Garba psc+ assumed the spot appraisal visit through the Area and met with the partners in the Community to look for ways with the local area in completing the examination on the matter”.

“The CP while guaranteeing the overall population, especially the inhabitants of the State of his proceeds with obligation to the insurance of lives and properties, asks all to remain honest as regularity has absolutely get back to the Area”. 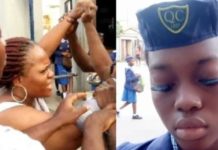 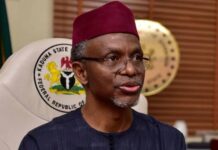 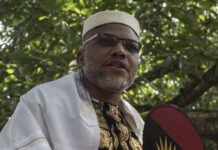