BREAKING:Gov Bello Matawalle of Zamfara has signed into law… 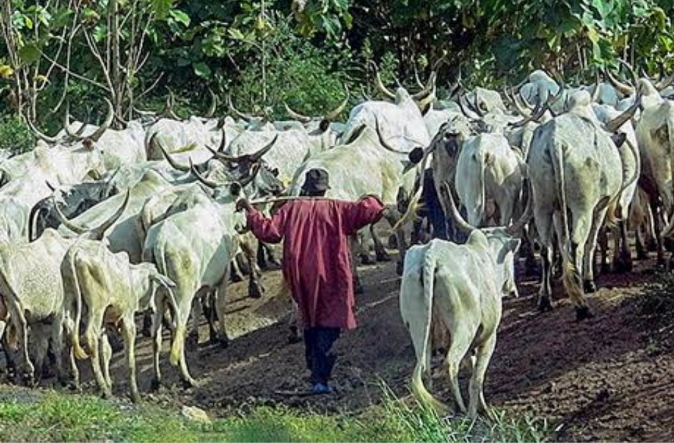 SAHARANEWS — The Indigenous People of Biafra, IPOB, yesterday, alleged that Igbo governors have secretly donated lands in their respective states for RUGA, saying that IPOB will never allow that. herdsmen The group also alleged that all the antagonistic activities of Governor Dave Umahi of Ebonyi State are aimed at his ambition of becoming Vice President of Nigeria in 2023.

IPOB also alleged that Umahi is a mole in Peoples Democratic Party, PDP, working for All Progressives Congress, APC, and urged him to be bold enough now that his unwarranted attacks against IPOB is clear and his second term seat secured, to declare for APC. IPOB, in a statement by its Media and Publicity Secretary, Emma Powerful, said:

“We are in the know that Igbo governors have secretly donated lands in their respective states for RUGA, which IPOB will never allow regardless of how many of us die in the process of defending our land.

“Governor Umahi’s purported ban of IPOB activities in Ebonyi State is an exercise in futility, as it became dead on arrival following IPOB’s strong base in the state.

“Governor Umahi’s purported ban of IPOB activities in Ebonyi State was not the first time he made pronouncements that were not obeyed by Ebonyians, as he has in the past issued a Fatwa against our leader, Mazi Nnamdi Kanu and boasted that IPOB rally would never hold in Ebonyi State but it held.

ALSO READ:  Insecurity not only in Nigeria, other countries are also experiencing it, says Presidency

“Umahi boasted to his fellow IPOB antagonists that our leader will be shot at sight if he dares enter Ebonyi State.

But Kanu entered the state and Umahi and his co-travelers went into hiding because of the mammoth crowd that followed him on the streets of Abakaliki.

“Since the successful outcome of our peaceful protest and rally in Abakiliki against RUGA settlement in Ebonyi State, Governor Umahi and his government have become paranoid, no doubt acting on the instruction of his northern handlers.”

(VIDEO) BREAKING NEWS: Heavy Tension In Aba, Another Driver Just Got Killed By Nigerian Security Agents For Refusing To Give Bribe