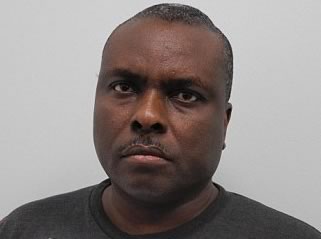 Kinsmen of an ex-convict and former Delta State Governor, James Ibori, have accused the United Kingdom (UK) of ‘re-looting’ part of the former governor’s looted funds.

Ibori had, in 2012, pleaded guilty to charges of money laundering, conspiracy to defraud and forgery, in a United Kingdom (UK) court and was later sentenced to an agregate of 13 years in prison.

Reacting to the signing of an MoU between the Nigerian and British governments on the return of the £4.2 million looted by the former governor from the state treasury while serving as a governor, Ibori’s relatives, under the umbrella of Oghara Development Union (ODU) Lagos branch, insisted that the total funds was £6.2 million and not £4.2 million as claimed by the United Kingdom.

The federal government said on Tuesday while signing the MoU that it would use the looted funds for the completion of the Lagos-Ibadan expressway, Abuja-Kaduna-Kano road and the 2nd Niger Bridge in Onitsha, Anambra state.

In a statement signed by its General Secretary, Sunday Agbofodoh, and obtained by SaharaReporters, the union said that it had followed the case diligently and realised that the sum the women forfeited was £6.2 million and not £4.2 million.

It called on the Federal Government to insist that every single penny that the ex-convict former governor has forfeited should be returned to Nigeria in full.

“We call on Nigeria to insist that the full worth of the three buildings seized through a court order be repatriated to Nigeria. The United Kingdom claimed to be acting without ulterior motives on Nigeria’s behalf, that all the monies forfeited should be returned to Nigeria.

“We have followed the case diligently and know that the sum forfeited was £6.2 million and not £4.2 million. Nigeria should oppose UK’s hypocrisy and insist that the entire sum be returned to Nigeria, or the UK would have been engaged in witch-hunting Ibori for profit by withholding Two Million Pounds Sterling. Nigeria should also demand the interest on the £6.2 million since 2012 because the money would not have sat idly in the bank without attracting interest.

“All assets linked to Ibori were purchased using funds lawfully and correctly obtained, and some were bought before Ibori became governor. Ibori’s businesses and the monies accrued to them were not hidden from the London and Nigerian persecutors. In court, the London police filed a paper that showed that one of Ibori’s companies, Mer Engineering, was earning over $7 million annually.”

BREAKING:Visa applicants denied due to Trump travel ban can reapply – US