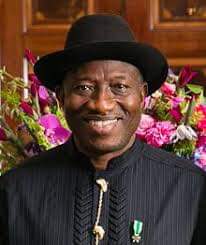 The National Peace Committee, which closely monitored proceedings of the 2015 presidential elections, has given graphic details of the events leading to the historic concession by former President Goodluck Jonathan.


The committee, headed by Former Head of State, General Abdusalami Abubakar, gave the details in its report presented in Abuja last week.

The committee’s report did not indicate that any of the presidential aides or ministers prevailed on the former president to make the historic concession. It also stated that the committee did not put pressure on Jonathan to concede the election.


Earlier accounts of the election had indicated that some ministers and presidential aides played roles in prompting Jonathan to make the concession. Jonathan’s book, My Transition Hours, also indicated that the decision by the former president to concede to President MuhammaduBuhari was a voluntary decision.

According to the report of Abdulsalami Abubakar’s Peace CommitteeW: “The Peace Agreement of March 26, 2015, which was signed barely 48 hours to the presidential elections, undoubtedly helped douse tensions across the country.

“With the campaigns formally over, things were relatively quiet as Nigerians waited anxiously for actual voting to begin. And as voting got underway on Saturday, March 28, the Secretariat of the Peace Committee

working with local and foreign election observer groups continued to monitor developments in the field to determine if and where the Committee’s intervention may be needed.”

It added: “Despite administrative hiccups in some areas and sporadic violence in others, the elections were largely peaceful and within two days, the official results began to trickle in from the States. By late afternoon of Tuesday, March 31, only two States Yobe and Bornu were yet to announce their results.”

The committee further reported: “And with the result of the election all but certain, the Committee in the evening of March 31 requested audience with President Jonathan at the Villa.  “As it awaited confirmation for the meeting with the President, the Committee Chairman General Abdulsaiam A Abubakar, GCFR also put a call through to General Buhari who informed him that President Jonathan had only minutes earlier called to concede the elections.

“He particularly asked the committee to please convey his good wishes to President Jonathan for his great act of statesmanship.  “Shortly after, members of the Committee who were greatly relieved headed to the Villa where they met privately with President Jonathan and thanked him for his great courage and unprecedented act for which history would remember him.


“As the Committee members left the Villa, they were accosted by the State House Press and in a brief exchange the Chairman explained that the Committee had come to thank President Jonathan for his great act of patriotism and statesmanship in conceding the elections.”

JUST IN: This is one thing Lai Mohammed will never be comfortable with.