SOUTH-EAST LEADERS: “If You’ve Done Nothing… 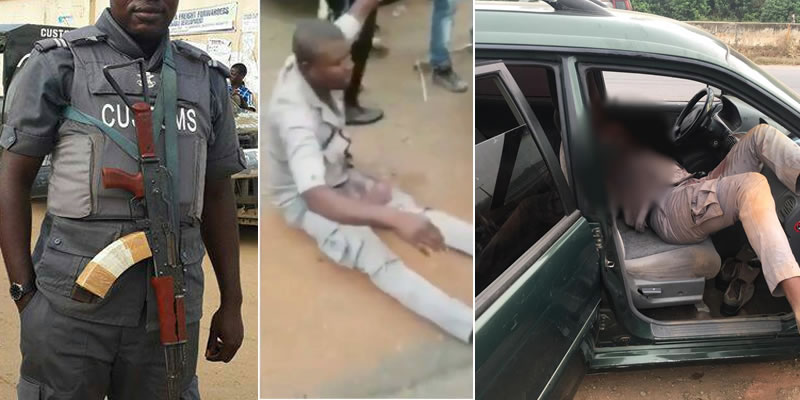 SAHARANEWS – There was commotion earlier today along the Lagos-Ibadan expressway, after an official of the Nigerian Customs service, allegedly shot his colleague dead.

SaharaNews learnt that a man was stopped by Customs official on his way to the Eastern part of the country and was charged to pay almost N300,000 for a custom charge for his car which he refused and complained is too much.