Practise Dialogue That You Preached In UN Assembly –…

JUST IN: Israel Goes To The Polls As Netanyahu Seeks 5th Term Future In Office 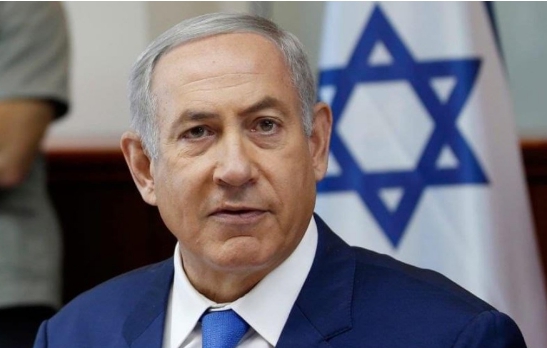 SAHARANEWS – Polls opened in Israel on Tuesday in a vote that could see conservative Prime Minister Benjamin Netanyahu elected to a record fifth term in office, according to Aawsat.com reports.

The election will be in many ways a referendum on the 69-year-old leader who has built a reputation as the guarantor of the country’s security and economic growth, but whose populism and alleged corruption have left many ready for a change.

He faces stiff competition from an ex-general who has pledged clean government and social cohesion.

No party has ever won an outright majority in the 120-seat parliament, meaning days or even weeks of coalition negotiations will lie ahead.

Dubbed “King Bibi,” Netanyahu has rallied a rightist camp hardened against the Palestinians and played up Israeli foreign policy boons that are the fruit of his ties with the Trump administration.

But the 69-year-old Likud party leader’s hope of overtaking Israel’s founding father, David Ben-Gurion, as longest-serving premier in July has been dented by a looming graft indictment. He denies any wrongdoing.

ALSO READ:  I will be threat to Rohr as Eagles’ assistant coach -Amuneke

READ ALSO: Controversy Surrounds Senator Dino Melaye’s Whereabouts
He has engaged in populist rhetoric throughout the acrimonious campaign that critics say amounts to the demonization of Arab Israelis and others.

True to form, Netanyahu issued a deeply controversial pledge only three days before the election, saying he planned to annex settlements in the occupied West Bank should he win.

Critics warn of “Bibi fatigue” and argue that the parliamentary election should bring fresh faces to high office.

Stalking Netanyahu in the opinion polls has been Benny Gantz, a former chief of the armed forces and centrist political novice.

Buttressed by two other former generals at the top of his Blue and White party, Gantz, 59, has sought to push back against Netanyahu’s self-styled image as unrivalled in national security.

Gantz told Reuters in response: “Netanyahu is not the Messiah, nor an irreplaceable legend. The people of Israel long for something else.”
He has called Netanyahu’s annexation pledge an “irresponsible” bid for right-wing votes.

As for his position on the issue, Gantz says he favours a “globally backed peace agreement” that sees Israel hold on to the large settlement blocs in the West Bank and maintain security control over the territory.

With little policy daylight separating the two candidates on Iran and the Palestinians, or on Israel’s humming economy, much of the voting will be guided by the question of their character.

In vitriolic campaigns waged largely over social media rather than in town squares or street corners, they have exchanged escalating allegations of corruption, of fostering bigotry and even of conspiring with Israel’s adversaries.

Netanyahu casts himself as the victim of media bias and judicial overreach. Gantz casts himself as a salve for Israel’s religiously and ethnically riven society and its relations with liberal Jews abroad.

“This election is about one thing – whether or not Netanyahu should remain in office. It’s the only thing that really defines 12 out of the 13 parties which will be in the next Knesset,” said Anshel Pfeffer, author of the biography “Bibi: The Turbulent Life and Times of Benjamin Netanyahu”.
Israel’s president, Reuven Rivlin, will consult with the leaders of every party represented in the Knesset and choose whoever he believes has the best chance of forming a government.

Although both Netanyahu and Gantz have publicly ruled out a future alliance in a “national unity” coalition, some analysts predict a rethink – especially if the candidates agree to tackle together a widely expected US plan for Middle East peace.

IMO 2019: Okorocha Can No Longer Walk Freely In Owerri, He Will Be Stoned – Uzodinma