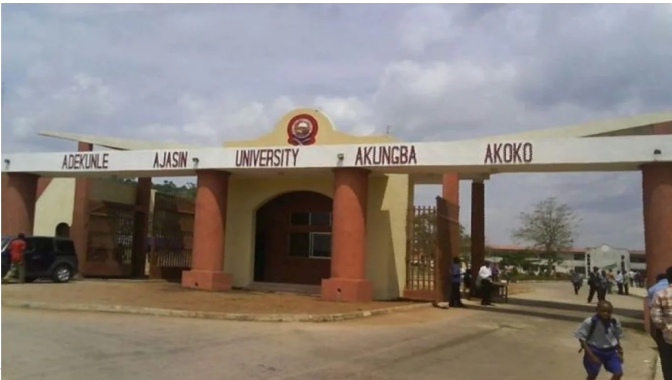 SAHARANEWS – A student of the Ondo State-owned Adekunle Ajasin University, Akungba Akoko (AAUA) was on Wednesday evening allegedly raped by some soldiers at a military checkpoint at Ikare-Akoko in Akoko Northeast Local Government area of the state. The soldiers of 32 Artillery Brigade of the Nigerian Army, at Ikare-Akoko, according to sources, raped the lady whose identity has not been disclosed at press time.

A source said the soldiers, who were attached to the Ikare-Akoko checkpoint, raped the victim, a 300-level student of the Department of Religious and African Studies of AAUA, while she was coming back from the campus. The source identified one of the soldiers as Lance Corporal Sunday.

The source said Sunday ordered the victim to get down from a mini-bus and took her into a cubicle at the back of the checkpoint where he and his colleagues allegedly had sex with the victim.

A student of the institution, who witnessed the incident but did not want her name in the print for fear of intimidation and harassment, said the soldiers at the Ikare checkpoint were fond of molesting the female students who pass through the checkpoint.

She said: “We were coming from Akungba in a mini-bus on Wednesday evening, on getting to the checkpoint, this soldier (Sunday) looked inside our bus and pointed to the lady and ordered her to get down. We didn’t know why he did that. When the lady alighted, he took her to their mini-barracks and asked us to leave the scene.

“Out of fear we left the place, hoping that she will be released immediately but she was not released until after one hour later. After that we discovered that she was serially raped by the soldiers at the checkpoint.

“Immediately we went to Ikare Police Station to report the incident and rushed her to Ondo State Specialist Hospital, Ikare-Akoko for examination and treatment. As I am talking to you, she is at the hospital and doctors confirmed that she was raped.

“This is not the first time such a thing will be happening at the soldiers’ checkpoint in the town. The commuters who are mostly students that live in Ikare are often sexually harassed especially in the evening. The soldiers will be using their hands to press our breasts while inside a cab, in the name of stop-and-search.”

A police source at the Ikare Police Station said the incident was reported about 7.15p.m. on Wednesday.

The source said the police had stepped into the matter.

The police source said Lance Corporal Sunday’s name was mentioned in the statement written by the complaint.

“The matter was reported here but I won’t say more on it. When we complete our investigation, it would be sent to the headquarters in Akure,” the source added.

But the state Police Public Relations Officer (PPRO), Mr. Femi Joseph, said he was not aware of the incident.

He said: “I have not been briefed about the matter. I will have to call the Ikare Division and I will call you back when I get the details.”

However, Brig.-Gen. Zakari Abubakar said if there was such complaint, it should be presented at the Brigade Command in Akure for proper action.

Abubakar, who said it would be difficult for any of his men to be involved in such act, said “anyone found guilty knows the penalty because the military authority does not take it lightly.”

He, however, appealed to the people to assist them in ridding the state of kidnappers and other criminals.

Abubakar stressed that they had to change tactics in dealing with kidnappers and it might not be comfortable for the people at times but it would turn out for the good of all at the end.

He said: “These criminals will also try to ensure they pursue the soldiers from the road but it would be to the detriment of the people.”

The AAUA Head of Media and Protocol Unit, Mr. Victor Akinpelumi, said the management was aware of the incident and had started an investigation into it.

He said: “The university has set up a panel to look into the matter and we will get back to you.” 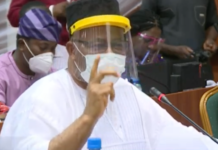 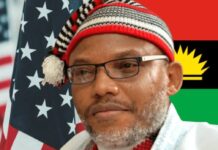 We Destroyed Nigeria When We Sabotaged Jonathan’s Government And Wrongly Forced... 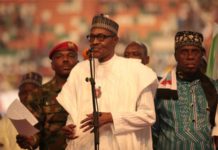 JUST IN: President Buhari Finally Reveals Those He Will Appoint Into... 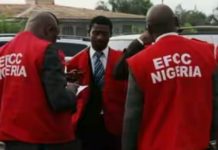 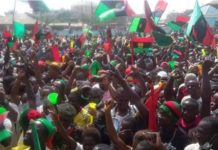 Biafra :Why we decide to go after Nnamdi Kanu’s sureties instead...