SARS, Others Indicted As China Find 7,221 Human Penises On… 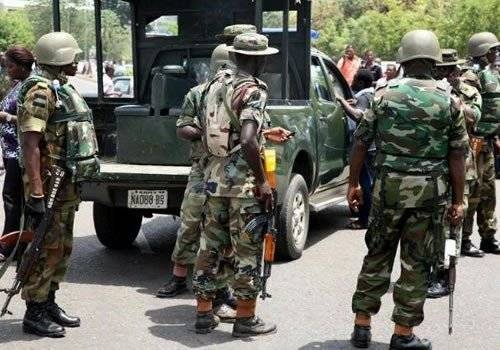 SAHARANEWS – Two policemen working at Ibi Police Division were said to have been arrested by the panel investigating the killing of three policemen and a civilian on August 6 at a checkpoint.

The two policemen were arrested for allegedly leaking information to suspected kidnap kingpin, Hamisu Wadume, of plans to arrest him.

The arrested policemen have been taken to Abuja.

The panel, it was gathered, had also ordered the arrest of five soldiers, who were on duty at an army checkpoint.

SaharaNews further reported that two army checkpoints between the boundary of Wukari and Ibi local government areas have been dismantled.

It was also learnt that the corpses of three policemen and the civilian were moved from Jalingo to Abuja.

According to reports, 60 people alleged to be working for the suspected kidnap kingpin, Hamisu Wadume, are now on the run.

Those on the run include the manager of Wadume’s transport business as well as those who benefited from his generosity. A source in Ibi told our reporter that some of them were working as drivers of commercial vehicles and motorcycles belonging to suspected kidnap kingpin.

According to the newspaper’s source, they disappeared two days after the killings of the officials.

The detectives, led by Deputy Police Commissioner (DCP) Abba Kyari, have sealed some houses belonging to the suspected kidnap kingpin in Ibi, the source said.

BREAKING: Bloody Revolution Or Peaceful One, Sowore’s Revolution Call Is Imminent – Aisha Vows To Lead A Revolution March On the 14th August