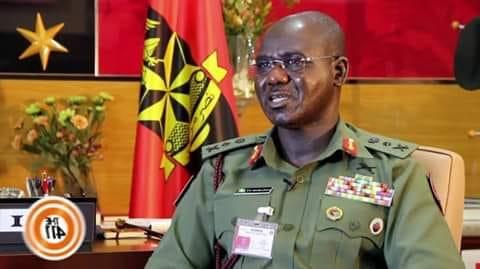 SAHARANEWS – The Defence Headquarters, Abuja, has said that 603 former Boko Haram fighters will be reintegrated to their communities by June 2020, after undergoing Operation Safe Corridor’s de-radicalisation, rehabilitation and reintegration.

The DHQ’s Defence Media Operations stated this at a press conference on Friday.

It noted that through the same Safe Corridor, “280 clients have successfully undergone the programme and reintegrated into the society, while 25 of this number were repatriated to Niger Republic.”

Enenche called on other terrorist fighters to surrender to the armed forces or be destroyed in the ongoing artillery and air bombardments of the Lake Chad islands.

He said, “The DRR programme for ex-fighters under Operation Safe Corridor is recording more successes. So far, 280 clients have undergone the programme and reintegrated into the society; 25 of this number were repatriated to Niger Republic. “Presently, 603 clients are due to pass out in June 2020. Other fighters are hereby encouraged to come out of the bush and hideouts to surrender.

“The military High Command is using this medium to request parents, traditional rulers, community, opinion and religious leaders to urge their wards and children not to succumb to inducement by terrorists for recruitment because the terrorists are now in dire need of fighters.

“On May 11, some 11 ISWAP fighters surrendered to troops in Adamawa State. The repentant insurgents are being profiled for further action. There are indications that more terrorists are willing to surrender.”

Enenche added that the Boko Haram released 72 of their family in Ngala town in the Gamboru Ngala Local Government Area of Borno State, comprising 33 women and 39 children.

Miyetti Allah Drags Wike To Court Over Arrest Of Cows,Herdsmen Who Violated Lockdown