Why I Toppled Shagari Government – Buhari Says In New Year…

OPINIONS: 2019 Elections May Trigger Off The Process Of Nigeria Break-up As Buhari, Atiku, will find it difficult to accept defeat – Chatham House Analysts 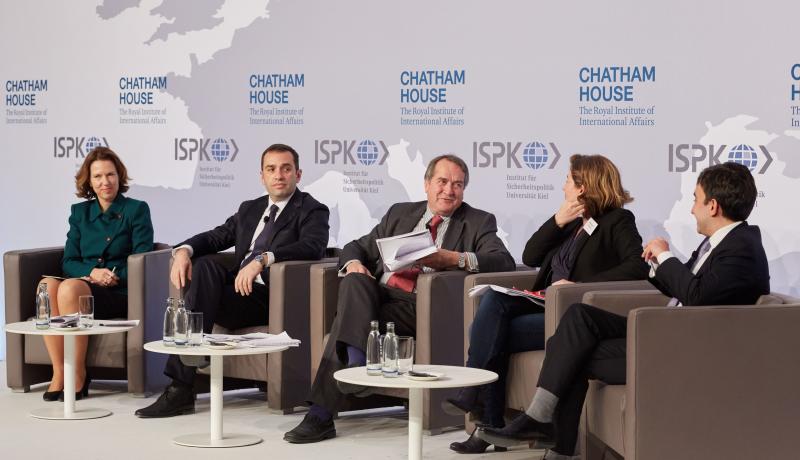 According to the analysis of the February 16 presidential election by the Royal Institute of International Affairs, Chatham House, United Kingdom, it opined that the presidential candidate of the All Progressives Congress (APC) President Muhammadu Buhari and the Peoples Democratic Party (PDP) presidential candidate, Atiku Abubakar will find it difficult to accept defeat in the forthcoming election.

This was made known by an Associate Fellow of the Africa Programme of the institute, Dr. Lena Koni Hoffman.

Hoffman added that the key issue is how they presidential candidates express their disappointment when the result is announced.

ALSO READ:  I am Not Happy With The Club, Allow Me To Leave --Mbappe

She said the open popularity contests on the campaign trail through a succession of open-air rallies by Buhari and Atiku “are fundamentally uninspiring.”

“The upside of the 2019 elections is that it has shown that Nigerians are tired of the two main parties that have dominated the last 20 years since the country returned to democracy and have an appetite for more capable candidates emerging through more credible and transparent processes.
“This means that 2019 may be significant not because of who wins but because it’s the threshold for politics-as-usual and the beginning of a transition to a different kind of politics and crop of candidates in 2023.”

“Lost in the intensity of this focus on the top ticket is the down ballot vote for the 360 members of the House of Representatives and the 109 members of the Senate.”

She also noted that members of the National Assembly are arguably the most crucial actors after the elections because of their role in addressing constitutional and legislative issues.