JUST IN:The APC has kept every election promise it made to… 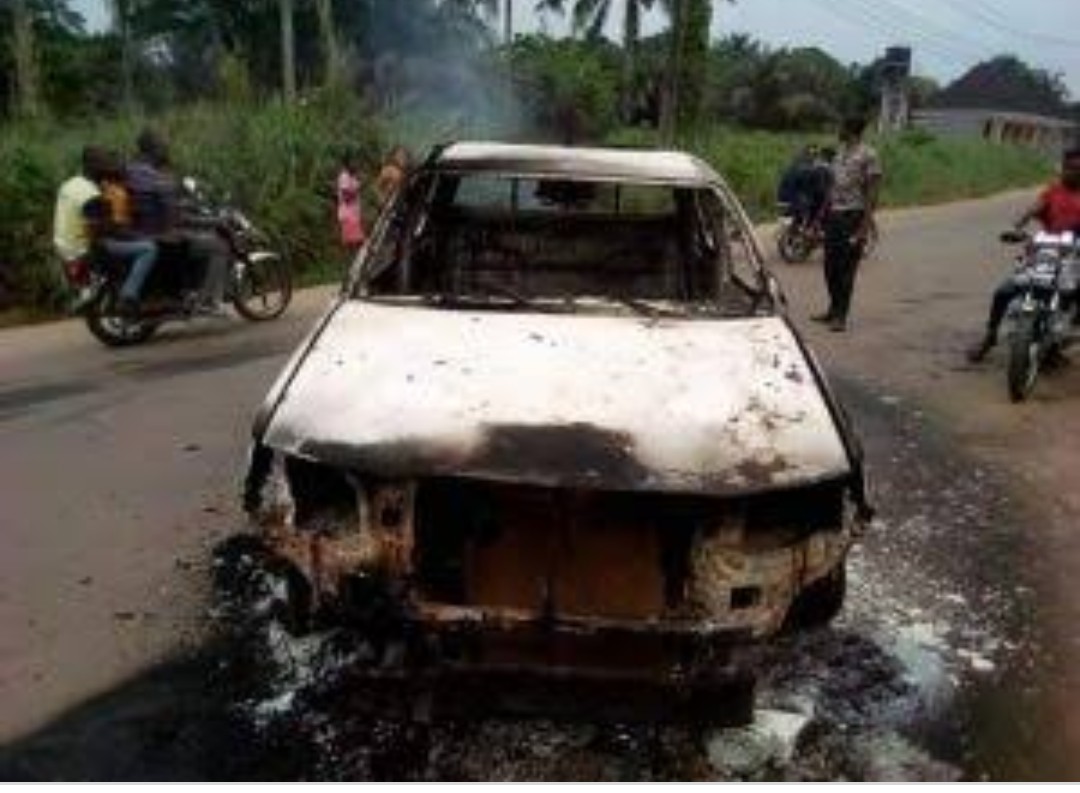 SAHARANEWS – Tension is rising as the people of ancient kingdom of Grand Bonny in Bonny Local Government Area of Rivers State mourns a Chief-elect in the area, Assistant Commissioner of Police (ACP) Oliver Inoma-Abbey over the gruesome murder of ACP Oliver Inoma-Abbey in Orafiete, Anambra State on Monday.

The late ACP Oliver Inoma-Abbey was among police officers alleged to have been gruesomely murdered by persons suspected to be members of the Indigenous People of Biafra (IPOB).

The late ACP as Commander in charge of Oraifite in the Anambra State Police Command, had allegedly led a team policemen to respond to a distress call to forestall a kidnap incident in the area before he was allegedly seized and set ablaze by rampaging IPOB youths.

According to a statement by the Police, armed IPOB members attacked Inoma-Abbey with his men, burnt their vehicle and set them ablaze leading to the death of the Assistant commissioner of Police and one of his men, while two others sustained different degrees of burns and were rushed to the hospital where they were still receiving treatment.

According to information from Bonny, the gruesome manner of the ACP Oliver has triggered a palpable tension and fears among people of Igbo extraction in Bonny Island, especially and Bonny local government area in general over fears of reprisal attacks on them by youths of the community over the murder of their Chief.

The late Oliver Inoma-Abbey was to be installed Chief and Head of the Abbey-Hart Chieftaincy House of Bonny Kingdom before he was murdered.

According to a close source to the family of the late Senior Police Officer in Bonny, “the Late ACP’s immediate family are seriously pained because plans were afoot transfer him to either Yenagoa of Port Harcourt in preparation for his coronation,which can do while still in service.”

In a related development,the wife of the late ACP, Dr Mrs Rita Akpenyi Inoma-Abbey, a lawyer, and also Senior Police Officer formally announced the demise of her husband in a Facebook post today thus:

“This is to officially announce the death of my dear husband ACP Oliver Ibidough Inoma-Abbey. May God alone be praised. He giveth and He taketh. Indeed, God is perfect in all things. Adieu my dear friend, soulmate and husband. Amen!”

Meanwhile, more plain clothe security men have been posted to sensitive areas and offices of some major oil companies in Bonny for intelligence gathering to forestall possible breach of the peace.

Reacting to the incident, Godswill Jumbo, an indigene of Bonny, a journalist, blogger and former Press Secretary to the immediate past Deputy Governor, Tele Ikuru, said, “Bonny people are very cosmopolitan in nature and are not given to rash reactions. There already an age-long relationship between the Bonny people and the Igbo ethnic nationality which seems threatened with this recent incident as there were several Igbo indigenes residing in Bonny, working in the multinational oil and gas firms or doing business there.”

But an unnamed elder of the Abbey-Hart House, who for safety preferred anonymity warned that “thoughtless actions such as the one that led to the gruesome murder of our Chief-Elect can cause a breakdown of law and order and engender crisis between the Bonny and Igbo people”.

He pointed out that it was a dastardly action and an unforgivable action for them to not only attack Police Officers on duty but burn them alive, stressing that “this won’t go down well with us”.

“The Oraifite Community has to come and explain to us what happened to our brother, father, uncle and highly respected Chief-elect”.