SIT-AT-HOME: Biafra Land In Total Lock Down In Compliance… 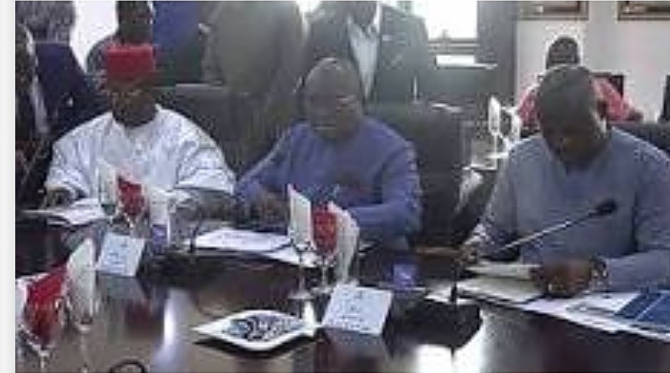 SAHARANEWS – The South-east Governors Forum on Sunday converged at the Enugu State Government House for their first meeting.

At the meeting, the five South-east Governors resolved to set up a Security Committee and a Centre for South-East Integrated Security Monitoring/Intelligence Gathering to combat the emerging security challenges in the region.

This was disclosed in a statement issued at the end of the meeting which was attended by the host governor, Ifeanyi Ugwuanyi, David Umahi of Ebonyi State and Okezie Ikpeazu of Abia State.

Governors Willie Obiano of Anambra state and Emeka Ihedioha of Imo state were represented by their deputies, Nkem Okeke and Gerald Irona respectively.

The Governors explained that in recent times the region had battled with an intermittent breakout of clashes between herdsmen and farmers.

It also noted that other major security concerns in the region which the governors are battling to contain include kidnapping, armed robbery and cultism.

Chairman of Forum and Governor of Ebonyi State, David Umahi, disclosed that they have agreed to key into the federal government’s community policing programme.

“Forest Guards would be established in each state and roads cleared up to 50 meters into the bush to have a clear view of roads ahead,” he said.

They pointed out that the security committee will also address the safety of fuel pipeline route to Enugu Depot to ensure the resumption of the transfer of petroleum products to the Enugu Depot in the shortest possible time.

The governors appealed to the federal government to consider, among other numerous requests, the reconstruction of the runway of the Akanu Ibiam International Airport, Enugu, to enhance the safety of air travellers.

While thanking the federal government on the steady progress of work on the 2nd Niger Bridge project, the governors, however, called on the government to take more meaningful action on some major roads in the region.

The Southeast Governors also used the opportunity to reiterate their earlier stance that “there is no land in South East for RUGA settlement programme.”