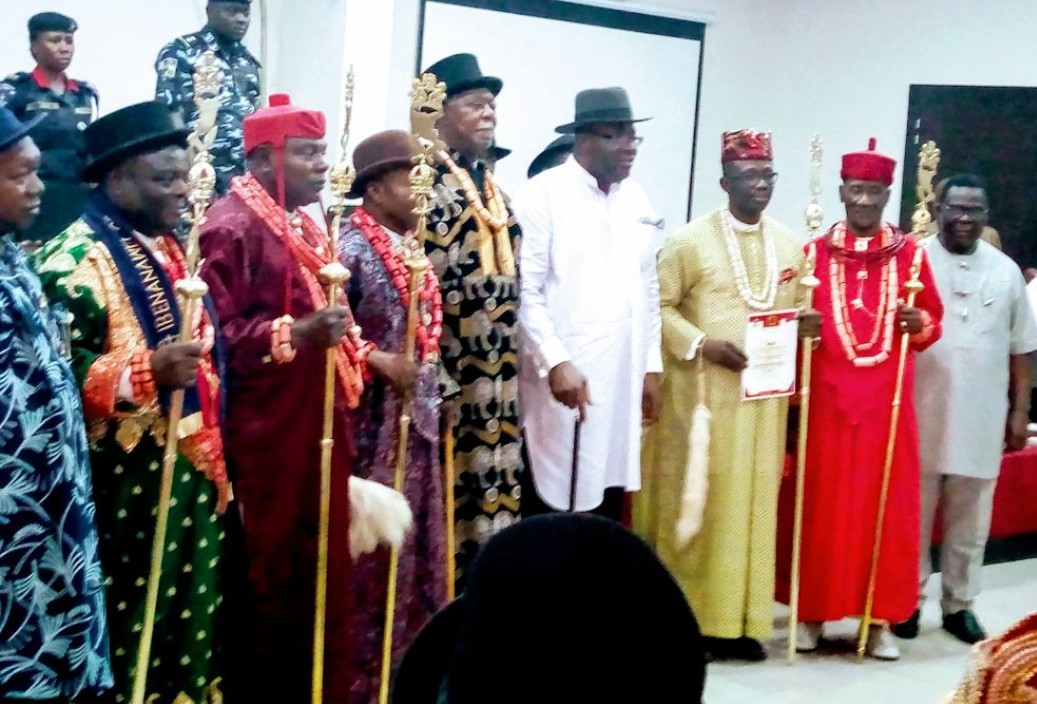 SAHARANEWS – Traditional elders from Bayelsa State and the Civil Liberty Organisation (CLO) have written a protest letter to the state governors of the South-South geo-political zone to protect alleged “faulty” job recruitment process being adopted by the Nigerian National Petroleum Corporation (NNPC).

In its protest letter the traditional elders under the aegis of the Association of Rural Chiefs for Peace and Development said the ongoing job recruitment process in the NNPC has violated the nation’s quota system and insulted the people of the Oil Producing Areas of the region.

And the CLO in its letter to South-South Governors under the BRACED commission declared that the letter is a wakeup call on them to speak up and halt the illegal processes being adopted by the NNPC against the thousands of unemployed youths from the region.

Speaking on behalf of the Association of Rural Chiefs for Peace and Development and the Civil Liberties Organisation (CLO), Chief Nengi James-Eriworio, said the letter sent to the Governors and the National Assembly members galvanise them into action and nip in the bud plans by youths from oil producing communities and local government within the nine states of the region to stage a mass protest on the undue and illegal neglect of youths of the region in the job recruitment processes.”

Chief James-Eriworio said investigations showed that the unemployed youths of the region are the least employed in the NNPC and other multinationals,

The letter by CLO read in part “Our people are the least employed. With our 13 per cent derivation formulae, they did not even consider our youths for jobs. The State Governors of the oil producing states should wake up and demand that the jobs be shared based on quota system. If it allocated to states, we want our share of the employment quota.

“In the past, they always claim we are disadvantaged. But now, we have qualified and well trained youths from the oil producing states. Recently, CBN employment was done without an appreciable quantity of youths from the region. The Governors under the BRACED commission should rise to the occasion and fight for their people.”

”But we have also put all our youths in the oil producing states to be ready for a mass protest to shut down the social and economic activities in the Niger Delta and Abuja in order to drive home our protest against exclusion, neglect and In balance in the Nigerian nation.”