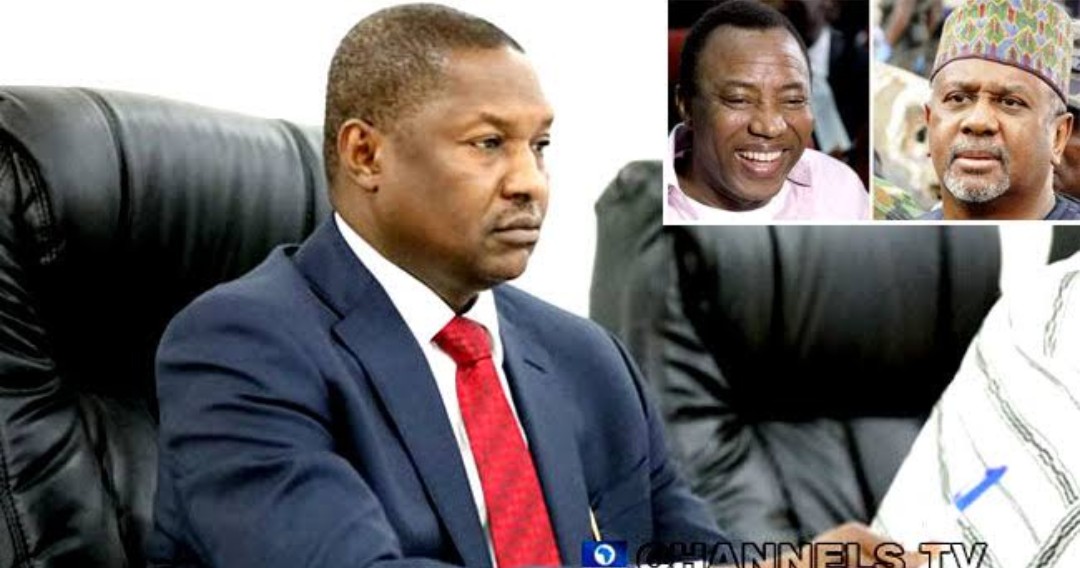 SAHARANEWS – Attorney-General of the Federation (AGF) and Minister of Justice, Abubakar Malami has debunked claims of a letter from the United States’ Congress faciltating the release of #RevolutionNow Convener, Omoyele Sowore and former National Security Adviser, Sambo Dasuk.

The AGF who appeared as a guest on Channels Television’s Politics Today on Friday December 27, dispelled rumours of his office receiving a letter from the US Congress two days before the release of Sowore and Dasuki.

He said; “What I can confirm to you is no such letter was served on my office and no evidence or acknowledgment of receipt of such a letter in my office can be made available by the purported writers of the letter.”

According to him, Sowore and Dasuki were not released because of international pressure but because of the federal government’s compliance with a court order in line with a desire to extend compassion to the individuals in question.

BREAKING: Gen. Buhari Reacts To The Mass Killing Of Christians On Christmas Eve By Islamic Terrorists In Nigeria