TENSION!!! It Appears Like FG Has So Many Battle Fronts As Another Igbo Group Drags Buhari To United Nations 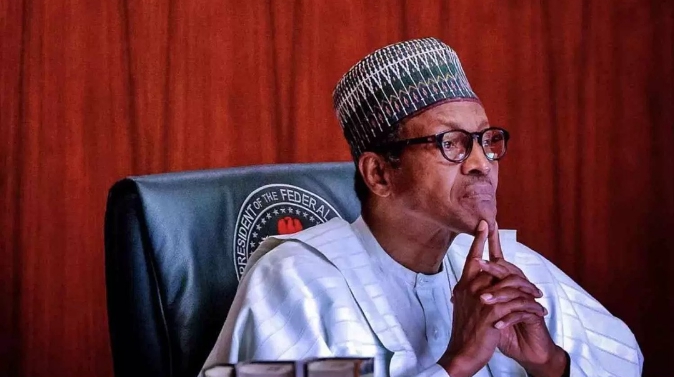 SAHARANEWS – Nigerians of Igbo extraction yesterday took the case of marginalisation and exclusion allegedly orchestrated against them by the President Muhammadu Buhari-led administration to the United Nations (UN).

The group urged world powers to mount pressure on President Buhari to re-write the wrongs meted against the Igbo ethnic nationality, alleging that there was a grand plot to deny the South East the nation’s presidency in 2023.

A Coalition of Southeast Civil Society Activists and Human Rights Defenders, stated this at a media briefing in Enugu, adding that they were moved to alert the world body on Ndigbo situation since the Buhari administration commenced, insisting that the unfair treatment had continued to increase daily.

A letter of protest alleging marginalisation of Ndigbo was addressed to the Coordinator, Indigenous Peoples, and Minority Section, United Nations High Commissioner for Human Rights in Geneva.

It was titled, “Protest Against Provocative Exclusion and Orchestrated Reduction of Ndigbo to Second Class Citizens in Nigeria: A Call to World Powers to Mount Constructive Pressure on President Buhari to Re-write the Wrongs Meted Out Against the Igbo Ethnic Nationality,” and dated September 9, 2019.

Also copied were embassies of the United States of America, Canada, France, Germany, British High Commission and Delegation of European Union to Nigeria and ECOWAS in Abuja.

National Convener of the group, Ibuchukwu Ezike, and Secretary-General of Igbo Civil Society Coalition, Dr. Jasper Uche, among others listed the alleged infractions in lopsided appointment of security chiefs; infrastructure deficit including roads, railway, and seaports.

They also listed unfavourable allocations from the Federal Government; closure of Akanu Ibiam International Airport without contract and concentration of interventions of development partners in the North.

Others are exclusion from the commanding heights of the nation’s economy; delay in the passage of southeast Development Commission Bill; politicisation of terrorist designation and flying the kite of the 2023 presidency.

They asked the UN for active engagement and diplomatic pressures on President Buhari to address the principle of federal character in the distribution of public goods and appointive positions, especially security chiefs.

ALSO READ:  (VIDEO) With So Much Vigor And Excitements, Nnamdi Kanu Address Biafrans At Brussels After Meeting With EU

Ezike stated that addressing the lopsided appointments of security chiefs was paramount due to increasing insecurity in the South East region, stressing: “A decision may be taken one day to eliminate all Igbo without their knowledge due to lack of representation.”

They sought sustained pressure on the President to send an executive bill to the National Assembly for the creation of one additional state in the South East, to be at par with other zones as well as mobilisation of resources to ensure speedy completion of the Enugu Airport rehabilitation and expansion before the Christmas season, among other demands.

Nnamdi Kanu Describes Igbos, Biafrans As The Most Traumatised, Dehumanised People In Nigeria