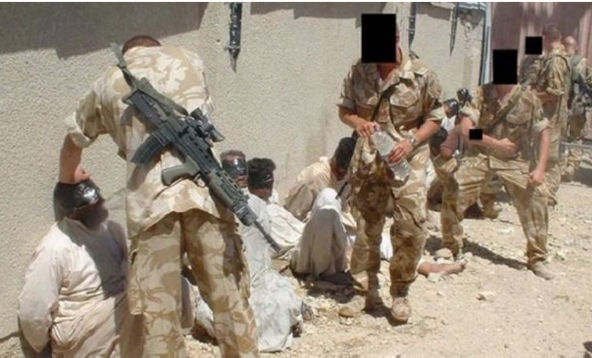 Britain has stepped up the pressure on China by accusing the People’s Republic of torturing a former employee of the UK’s consulate in Hong Kong.

Simon Cheng, who worked for the Foreign and Commonwealth Office (FCO) for two years, has told the BBC he was “shackled, blindfolded and hooded” during 15 days of detention in China.

Foreign Secretary, Dominic Raab, quickly leapt to Cheng’s defence by proclaiming that: “We are outraged by the disgraceful mistreatment that Mr Cheng faced when he was in detention in mainland China … and we’ve made clear that we expect the Chinese authorities to review and hold to account those responsible”.

The FCO has reportedly summoned the Chinese ambassador for a dressing down.

But China has hit back quickly by dismissing the summons and instead summoning the British ambassador in Beijing to “express their [China’s] indignation”.

A Chinese Foreign Ministry spokesman said: “We hope the UK will be prudent and stop interfering in Hong Kong and in China’s domestic affairs because it will, eventually, only harm the UK’s own interests”.

This episode is the latest development in the steady escalation of Sino-British tensions. It comes on the heels of a physical assault on Hong Kong’s Secretary for Justice, Teresa Cheng [no relation to Simon Cheng], on the streets of London.

Simon Cheng’s claims of “torture” at the hands of Chinese officials have not been independently verified.

Moreover, his description of blindfolding and hooding as “torture” must be seen in a wider context. It is worth noting that UK security forces and the British army have routinely used these methods in Northern Ireland, Iraq, Afghanistan and elsewhere.

Indeed, the International Criminal Court may formally investigate the UK for war crimes in Iraq and Afghanistan.