BREAKING: State Gov. On The Run, Residents In Great Panic As…

In Nigeria, Only Igbos Do Not Have The Right To Protest Or…

UN to debate on referendum for Biafra, ask govt to stop use of force against agitators 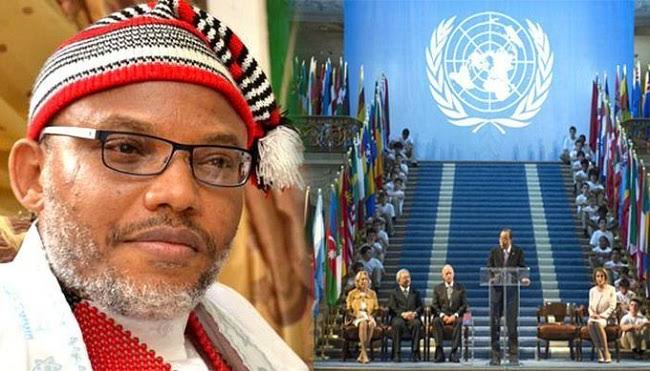 The United Nations has asked the Nigerian government led by President Muhammadu Buhari to stop the use of force against Biafra agitators.

The directive who contained in a private discussion held with the Nigerian government at the 76th session of the UN General Assembly on Tuesday in New York, said Harry Marcus, an official of the UN.

“There is consideration to debate on a referendum for Biafra, to end the violence in the east of the Nigeria,” he said, noting that efforts are being made to bring peace between members of the Indigenous People of Biafra (IPOB) and the federal government of Nigeria.

No official statement is made by Nigerian government about the report, but a government official who was present at the event told SAHARA NEWS “I am not in the best position to say anything about that”.