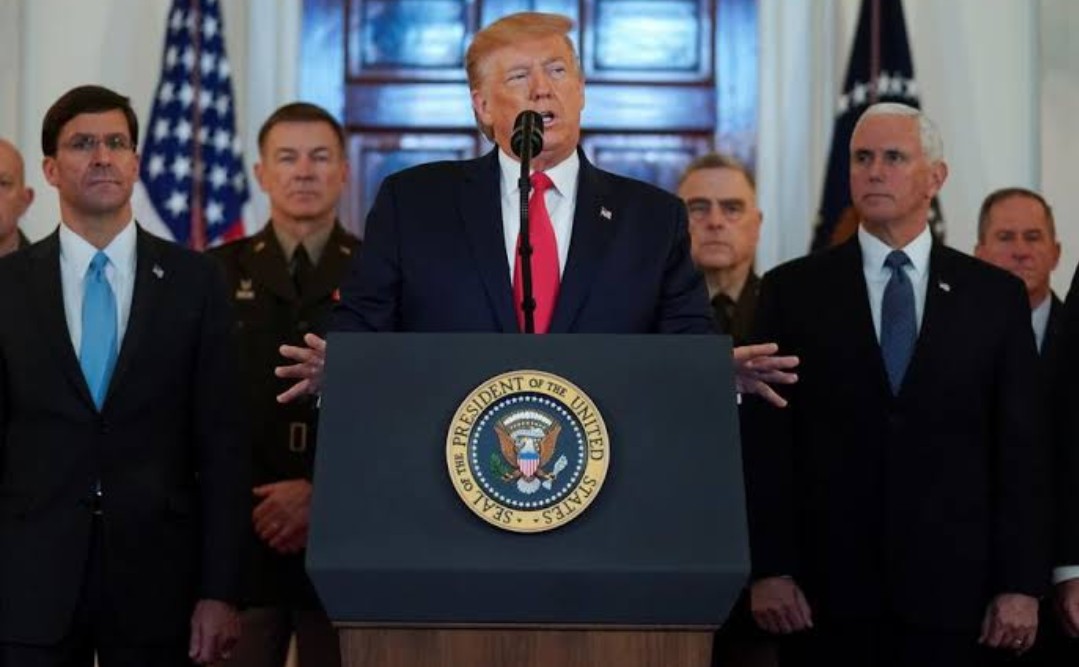 The Iranian strikes had come days after Trump authorized the targeted killing of Gen. Qassem Soleimani, the head of Iran’s elite Quds Force.

Trump reiterated his position that “Iran will never be allowed to have a nuclear weapon.” He adds Americans should be “extremely grateful and happy” with the outcome.

Speaking from the White House, Trump announced that the U.S. will immediately place new sanctions on Iran “until Iran changes its behavior.”

MISSILE ATTACKS ON US BASES: Iran Tactically Played Safe As Pentagon Confirmed Zero US Casualty With No Major Damages