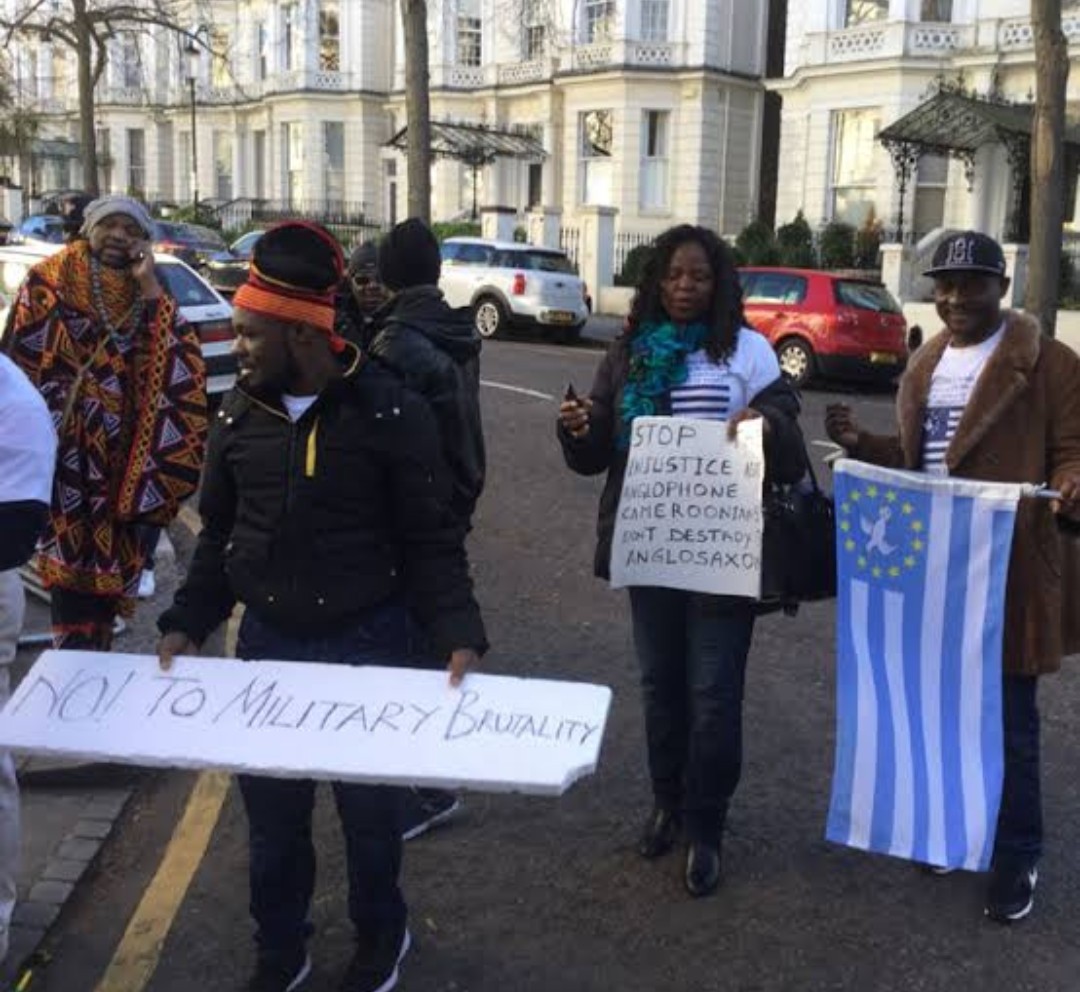 SAHARANEWS – A viral video of Cameroonians chasing after President Paul Biya in Paris amidst brutal protest to hunt him down.

The video showed over hundreds of European based Cameroonians staged violent protest, chanting continuously, demanded to be addressed by their President, Biya.

Just like Nigeria and Biafra secessionist group, the Cameroonian government has been hostile on the Southern Cameroonians clamouring for self-determination over a few years now.

The President, Paul Biya since the continuous call to secession have attributed hardened hand on the protesters, resisting with both military forces.

According to gathered reports by saharaNews , the President took refuge in a hotel as the protesters chants “Biya the Killer”, was later rescued by residential police after some minutes.