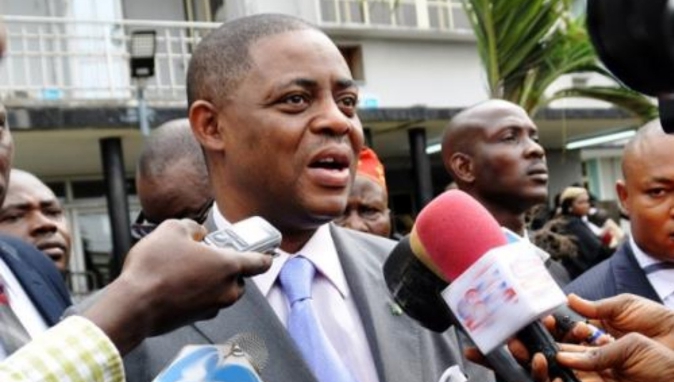 SAHARANEWS – A chieftain of the Peoples Democratic Party(PDP), Femi Fani-Kayode Friday said it should come as no surprise to anyone that Omoyele Sowore is still in detention despite court orders.

Fani-Kayode, a former aviation minister said this in a few tweets via his verified Twitter handle on Friday, the country is under a dictatorship that spares no one.

Read the statement below

What amazes me is the utter gullibility of some of our people. Why would you be surprised that Omoyele Sowore is still in detention? Has Buhari ever obeyed court orders? They did it to those of us in the mainstream opposition over the last 4 years and you applauded them.

Now they are doing it to others and u are lamenting and expressing surprise and disappointment. You never thought it would affect u but now it has. Well, this is just the beginning.

You must live with the new reality which is that we are living in a vicious dictatorship which will not spare anyone it feels threatened by.

I and a number of others warned that this would happen in 2015 if Buhari came to power and you laughed us to scorn and insulted us.

You fought for Buhari, you rejected Jonathan and you put him in power.

Even if Sowore is released later today or tomorrow they have made their point: that they can do anything they want, to anybody, for any reason and at any time. May God deliver us from these wicked souls and I urge every Nigerian to pray for Yele, Sambo Dasuki and others.