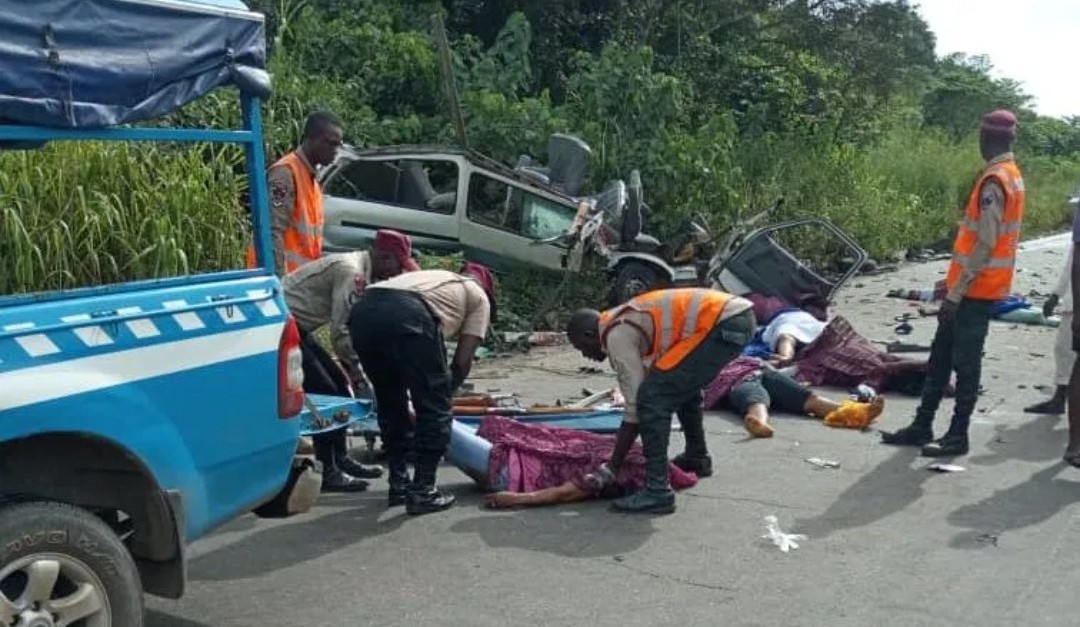 SAHARANEWS – An auto crash at Sapade-Ogere axis of the Lagos-Ibadan Expressway has killed at least 13 people.

This was disclosed by the Ogun state command of the Federal Road Safety Corps (FRSC).

The sector commander, Clement Oladele, said the crash occurred at a diversion was created by RCC, the construction company rehabilitating the corridor.

He said 37 persons, comprising 20 male and 15 female adults, and two female children were involved in the crash.

Oladele said: “The unfortunate incident involved three vehicles comprising a speeding truck heading towards the Lagos axis of the expressway. It suddenly suffered a burst tyre and in the process collided head on with two other speeding commuter buses heading towards the Ibadan axis, with one of them in the process attempting to wrongfully overtake within the diversion area.

Oladele requested relations of the injured to contact the FRSC command in Ogere Ogun State or the Victory Hospital, Ogere

He said the bodies had been deposited at the Ipara mortuary.

HATE SPEECH BILL: If This Law Was In Place Between 2012-2014 Buhari And Lai Mohammed Won’t Be Alive Today – Sen Abaribe, Fani-Kayode