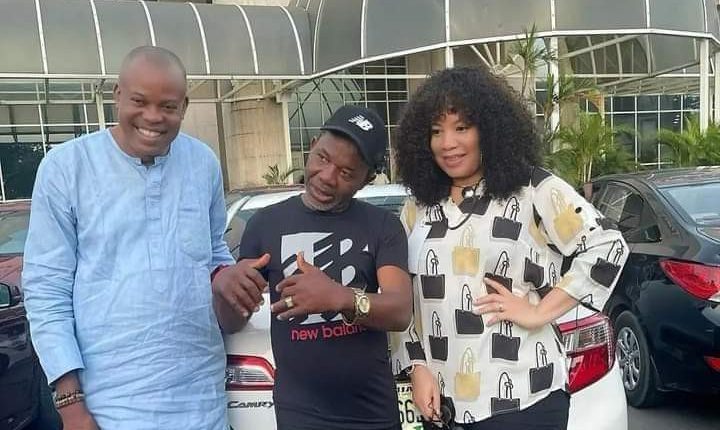 The actor who was assaulted and arrested last week by soldiers at Upper-Iweka in Onitsha for wearing an outfit made in the colors of the flag of Biafra, was transferred to the DSS, which held him captive.

The Actors Guild of Nigeria confirmed the release of the actor on Tuesday.

“The National President of the Actors Guild of Nigeria, Ejezie Emeka Rollas, has yet again secured the release of Actor Chiwetalu Agu from the custody of the DSS,” said AGN in a statement published on their official Instagram page.

How Gunmen shot and seized Governor Obiano’s convoy in Anambra