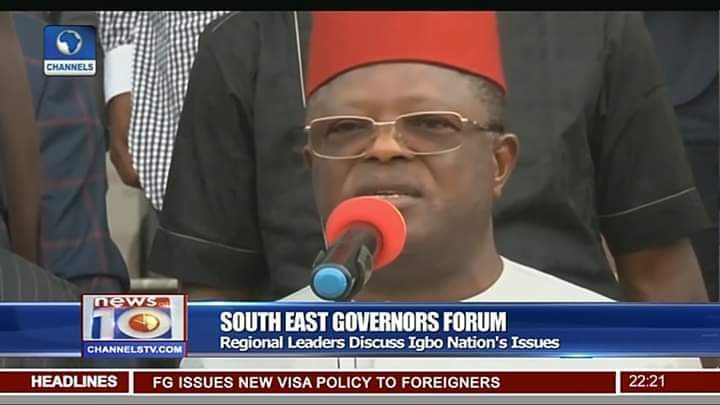 SAHARANEWS – After the Enugu mid year meeting of South East governors Forum led by David Umahi of Ebonyi and the invited governors from South South, they all supported IPOB’S call for May 30th sit at order.

After the meeting, the chairman of South East Governors Forum David Umahi granted a live interview to Sun news paper and channels where he
said that IPOB is right to call for a sit at home to honour those who died during the war from every side. He made it clear that he does not support IPOB but 30th of May is a highly recognised event to honour those who died in their million for a better future which they felt they don’t have in their time. He further said that he has declared 30th of May as public holiday in Ebonyi and ask every Nigerian to recognise 30th of May as a honour day for all heroes.

Meanwhile, Gov Wike of River State said that it is normal for everyone to honour those who died in the tragic war and ask Nigeria to join in the sit at home as a sign of unity.

BREAKING: NDRF Issues Ultimatum To Oil Companies In Niger-Delta To Vacate The Region