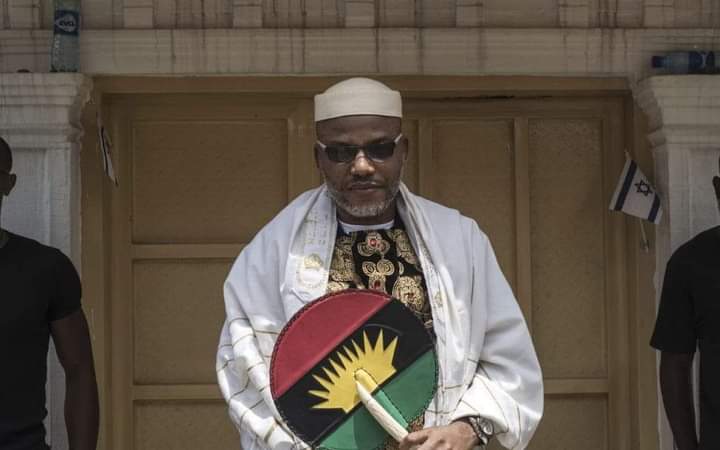 Human rights activist, Nnamdi Kanu, insisted he would not back down on his resolve to achieve a sovereign state in Nigeria’s eastern region.

Kanu, who is the leader of the Indigenous People of Biafra (IPOB), a group advocating an independent state known as “Biafra” in the country, said the independent state will be achieved no matter how many civilians the Nigerian forces murder for support the secessionist movement.

Nigerian government forces captured in a video in 2016, shooting unarmed IPOB members during a rally for Biafra in Aba, Abia State.

Ohanaeze Ndigbo, an Igbo socio-cultural group, said in a report earlier this week that at least 513 civilians had been killed by government forces raiding Nigeria’s Biafra region since January 2021.

2,436 people have been arrested and 854 are missing in the 160 days that Nigerian forces began cracking down on IPOB members and other civilians in the area, according to Ohanaeze’s General-secretary, Okechukwu Isiguzoro.

“At the end of this tortuous journey, history will record that referendum, NOT bullets, determined their fate,” said Kanu in a tweet on Thursday.

“It matters not how many they kill; one outcome is inevitable, Biafra MUST emerge a FREE nation. The sooner the Caliphate understand this inevitability, the better for all,” the IPOB leader said.

JUST IN: “I Want Biafraland To Be Very Calm And Peaceful. We Are Fighting To Defend…