Makinde Not Fair To Me, Oyo Deputy Governor, Olaniyan Cries…

Crime: Best wishes to those waiting to see me arrested –… 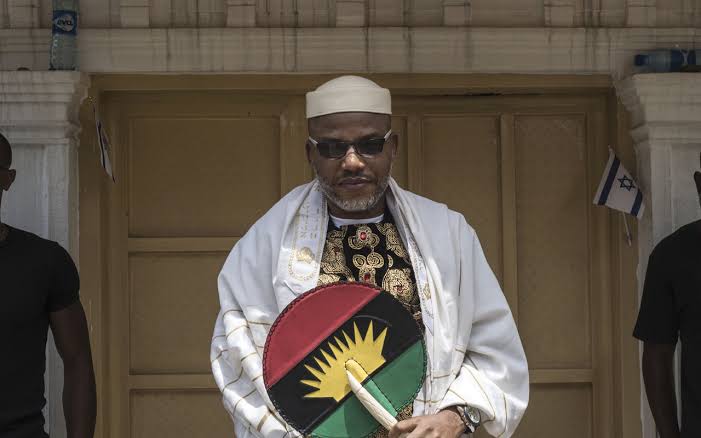 Ifeanyi Ejiofor, lawyer for Nnamdi Kanu, leader of Biafran pro-independence group, the Indigenous People of Biafra (IPOB), said his client would soon be freed from prison in Nigeria.

Ejiofor, who previously disclosed that the separatist leader was being tortured and dehumanized in detention, called for calm on Thursday, saying the situation was receiving the attention it desired.

The “present situation is receiving desired attention from every quaters.We are not leaving any space for anything untoward to happen to Mazi Nnamdi Kanu.

“He will soon regain his freedom, despite all the shenanigans playing out now. Chukwuokike is with us, and can never fail us.We are keeping on within our proffessional capacity.

“We Shall keep you updated regularly. But be calm , focused and prayerful, that this period too will come to pass, and it shall all end in praises. Forward ever,” said the legal practitioner.

Kanu is being held in Nigeria for calling for an independent state known as Biafra in the east of the country.

The separatist leader who fled Nigeria to Israel in 2017 when he escaped an assassination attempt by government forces who raided his home in Umuahia, killing dozens of civilians, has resurfaced in Nigeria blindfolded and handcuffed in court where he faces charges of “treason” and other unfounded crimes.

The Nigerian government declined to give details of the acclaimed “re-arrest” in Kenya, but it was confirmed that Mr. Kanu had been kidnapped in Kenya and illegally repatriated to Nigeria.

Time Is Coming When All Nigerian Pastors Will Suffer, If They Don’t Wake up Now and Speak Against The Wickedness Now,I pity them. — Father Mbaka