BREAKING:You need more than EndSARS to end the unspeakable…

IMPORTANT ANNOUNCEMENT! Mazi Nnamdi Kanu Is Set To Host An… 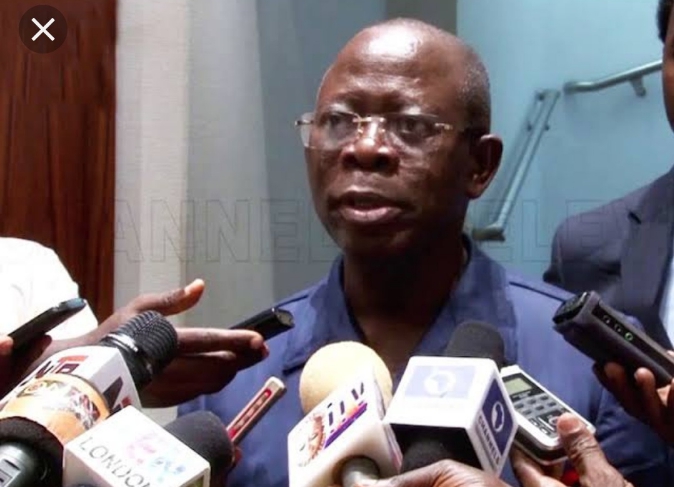 SAHARANEWS – The ruling All Progressives Congress (APC) has finally reacted to a statement issued by Senator Ali Ndume (APC, Borno), threatening to challenge the party’s decision over its choice of Ahmad Lawan (APC, Yobe) as Senate President in the ninth assembly.

SaharaNews had previously reported that Oshiomhole, during a meeting President Muhammadu Buhari had with APC Senators-elect Monday night, announced Lawan as the party’s choice for the Senate President position.

Speaking with newsmen on Tuesday in Abuja, Ndume said the position of the party on who emerges the Senate President cannot stand, as it did not follow due process.

According to him, both President Muhammadu Buhari and the National Leader of the party, Asiwaju Bola Tinubu, gave him their consent when he made his intention to contest the position known.

The lawmaker, who expressed shock over the decision, however, said he would consult the leaders of the party in the North East and his colleagues who were supporting his aspiration, before taking a final position on the issue.

Reacting, however, the APC says it will invoke disciplinary measures on any of its members found opposing or working against the decision of the party on the choice of the National Assembly leadership.

The party in a statement issued by its National Publicity Secretary, Malam Lanre Issa-Onilu said any such move would attract sanctions.

The APC spokesman said the party does not expect any of its members to oppose its position on the zoning of leadership positions in legislative chambers.

He said: “If Ndume actually understands democracy, with due respect to the number of years he has spent in the National Assembly as a lawmaker, he should realise that we are practicing presidential system of government.

“That would amount to indiscipline and our party’s constitution is very clear on indiscipline. The party has taken a position and anybody we presented for election and who has won an election on the platform of the APC is duty bound, morally bound and status bound to comply with what the party has decided.

“When you go against that position of the party, it amounts to indiscipline and our rules are clear on the supremacy of the party.”

Explaining how the party arrived at the decision to endorse Lawan, Onilu said consultations were made at the highest level of the party’s leadership caucus.

He said that after consulting with top leaders, the party also had to present its position to the president for his input and advice.

According to him what happened was that all the leadership organs including the governors elected on the party platform were consulted before the decision to endorse Lawan was taken.

Regarding PDP’s position on the choice of National Assembly leadership, Onilu said that if the opposition party has any objection to APC’s decision it has to wait to defeat it on the floor of the legislative chambers.

“And what that means is that the party that produced a majority in the National Assembly also will produce leaders in the place. So all the positions that are due to the party, with majority belongs to APC, and PDP has no role whatsoever to play in choice of the Senate president, the Speaker of the House of Representatives and other leadership positions in the National Assembly,” he stated.